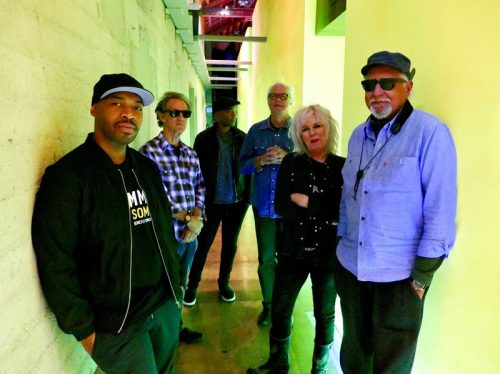 Williams has never been one to be pigeonholed into one genre or another. Whether she is turning her car wheels down the gravel road of blues, rock, or folk, everything she touches seems to turn into eclectic gold. And now, with the upcoming Vanished Gardens, a collaboration with Lloyd and his band The Marvels, Williams expands the jazz section of her genre-spanning resume.

The album in total has a distinct Americana melodic spirit about it courtesy of the elastic interplay flowing from Bill Frisell’s guitar work, Lloyd’s saxophone, and the lap steel virtuosity of Greg Leisz with the entire ensemble coming together joined by Lucinda Williams on a genre-be-damned cover version of Jimi Hendrix’ “Angel.” Everything about this performance is marvelous. Lucinda’s vocals take things low and slow, and Lloyd floats through the garden of song delicately giving the performance room to breathe. The lyrics seem to be so suitable to William’s vocal timbre if you didn’t know better you would think that she wrote the song.