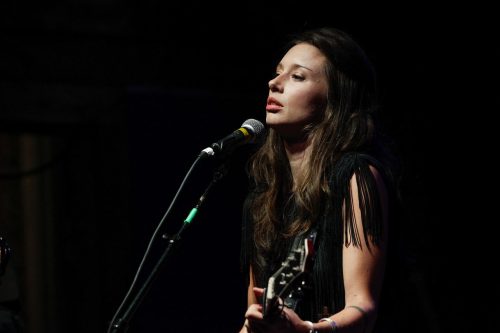 The latest to take a trip to the barroom where “temptation was flowing like wine” are singer/songwriter Lera Lynn and John Paul White (best known as one half of the duo The Civil Wars). The track was included on Lynn’s recently released duets album Plays Well With Others. In this version, you hear both sides of the story. The different verses are sung from the perspective of a man and a woman as each contemplates putting their “conscience aside.”

The two singers perform a stripped-down version of the song with just a simple guitar accompaniment. They sing with a heavy dose of sadness, as if you can hear the desire and heartbreak in their voices as they decide to “stop and go home.” Call me a heretic, but if scripture says these narrators already committed adultery just by thinking about it, their heartache doesn’t seem worth not just following through.

Click here to listen to more covers by Lera Lynn