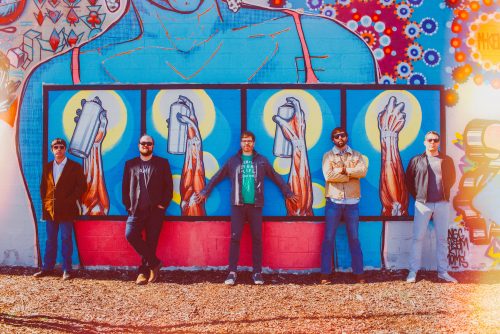 Bluegrass is a genre big on covers, with any fiddler worth his strings able to whip out old mountain songs, folk traditionals, and anything Bill Monroe or John Hartford ever wrote. On their upcoming album Cover Story, though, Charlottesville bluegrass quintet Love Canon take on more novel source material: pop hits of the 1980s. In fact, they gravitated towards the least acoustic sounds around, pickin’ through electronic dance songs by the likes of Mr. Mister, Peter Gabriel, and the song we’re premiering below: Depeche Mode’s “Enjoy the Silence.” And we thought last year’s bluegrass Radiohead cover was inventive!

“We were going for a very epic, cinematic approach to this tune,” Love Canon frontman Jesse Harper says. “Trey Pollard of Richmond VA’s Spacebomb studios brought it into focus at the end with his soaring string arrangement. I think this is a great example of using acoustic instruments to imitate the ambient electronic processed sounds that were frequently used in 80’s and 90’s pop production to achieve a slightly different but yet somehow similar sonic effect.”

Listen to Love Canon’s “Enjoy the Silence” exclusively below.