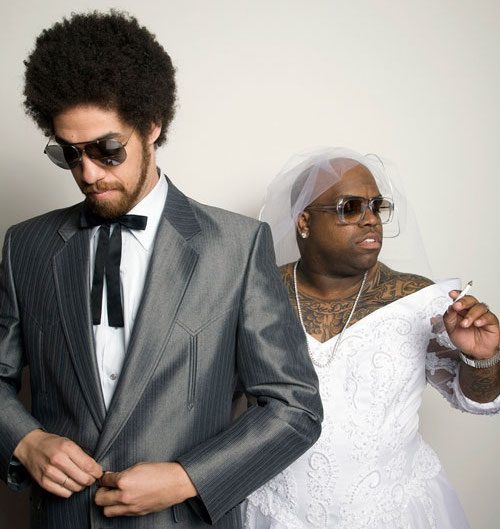 In 2006, everyone was losing their mind over Gnarls Barkley’s breakout single “Crazy.” The song appealed to just about everyone: young/old, black/white, people who dug Motown and people who dug hip-hop. I was working at a record shop at the time, and music lovers turned out in droves to buy the duo’s debut album on CD, even in a era when most listeners were downloading iTunes singles en masse. Like Michael Jackson’s “Billie Jean,” the song blends dark, paranoid lyrics with a danceable groove.

With such a profile, it’s no surprise that the tune has been covered extensively; Second Hand Songs lists more than 60 covers by artists ranging from Pink to Petula Clark. Recently, two new versions emerged, each taking the track in a very different musical direction.

The first is a live collaboration on the radio program eTown between the Travelin’ McCourys, a bluegrass group, and Liz Vice, a Brooklyn based-based soul singer/songwriter. Though the artists said they didn’t really know each other’s work, they played as if they had been jamming for years. “We figured it out in an hour,” Vice said. “And I would sing it that way again.” After Vice opens with a brief snippet from the gospel tune “Trouble So Hard,” the “Crazy cover retained the original’s retro-soul sensibilities, as played on acoustic instruments. Midway through, the song shifted from a slow-R&B feel to an uptempo country beat that put it squarely in the bluegrass realm, allowing for plenty of room for solos.

The second rendition is a video by the L.A. singer/songwriter Alexa Melo (also downloadable here), who channels the darker energy from the song’s lyrics. Her rendition opens with a lone keyboard and deep echoey vocal effects. After about a minute, a hard-pounding electronic drum track kicks in. A solid cover for sure, but somehow a bit less fun than the McCourys/Vice version. Listen to them both and decide for yourself. If history is any indication, we’ll probably be writing about more covers of “Crazy” again soon.

Click here to listen to more Gnarls Barkley covers and, of course, plenty of versions of “Crazy.”