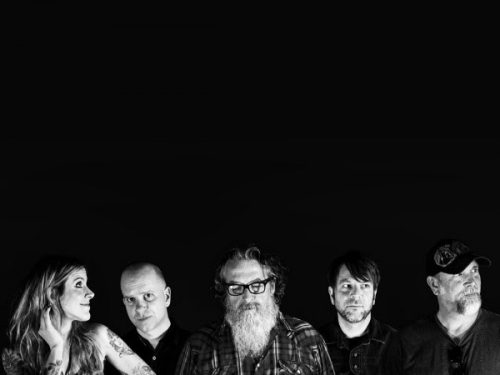 The Sunday Times said Wussy’s last record sounded like “if Michael Stipe co-wrote songs with Morrissey…then hired Neil Young, Crazy Horse and the Cowboy Junkies to play them, and asked Kevin Shields to mix them.” That’s a lot of name drops, but Wussy is the sort of band who inspires a lot of name-dropping from critics. In a rare A+ review a few years back, Robert Christgau threw Television, Sonic Youth, and Nirvana on that list.

And they’ve never been shy about embracing influences themselves (how do we know? Check our “Pick Five” series next week…). So on the eve of their new record What Heaven Is Like, they quietly dropped a new covers EP on Bandcamp.

On the EP, they cover three fellow Ohioans – Afghan Whigs, The Seedy Seeds, and Jenny Mae. But Wussy also covers a band pretty famously from somewhere else: The Beatles. They ambitiously tackle the Sgt Pepper’s standout “Getting Better,” stripping away the pomp and circumstance for some garage-rock grit with just a hit of psychedelia floating in the background. It’s a great cover of one of the few Beatles songs that doesn’t get covered that often.

Hear it and the other three covers below, then buy the EP at Bandcamp.

Check out many, many more Beatles covers in our archives.