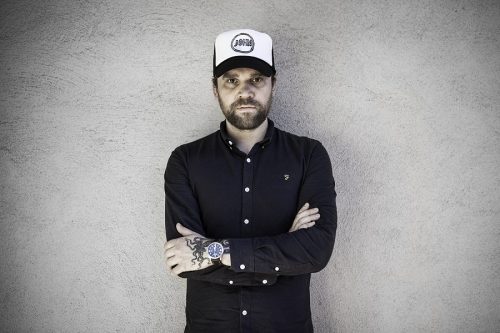 Now one of my favorite writers of such songs has left us, and it’s really hit me hard. Having first seen Frightened Rabbit live in an intimate setting in Chicago after the release of The Midnight Organ Fight about a decade ago, lead singer Scott Hutchison was one of those frontmen that I immediately identified with.

There was a reckless abandon to the way Scott would pour his insides out, with notes that would shake and tremble, slightly veering off-key. But there was such sublime purity in all that Scott did. He sang the songs as if the wounds were still fresh. You couldn’t tell if he was sweating or crying on stage, and you would absolutely buy the latter.

For me personally, when I saw that concert, I was still processing wounds from a relationship that should’ve never taken place. This was one of the few live shows where I felt comfortable drinking more alcohol than usual. Partially because I was sad, but also because I wanted to tap into the same primal energy that the band was manifesting in front of an incredibly enthusiastic crowd. “Poke” especially brought me to tears. I also knew that after that show, the band would be moving on to bigger venues and a following that could very well match a band like The National. In tribute to that show and that memory, I covered “Poke.”

This was a time for me when I really wanted music to be raw and intense, but yet melodic. Bands like Frightened Rabbit stood out for me because it wasn’t always about the most clever turn of phrase or the need for attention. It was about honesty, catharsis, and connection.

That sense of connection that Scott found in art was clearly beneficial, but certainly not going to serve as any kind of “cure” for what ailed him. Any sense of release is temporary. Scott wrote a lot about the need for human heat, a warmth that I also seek out in others. A song like “The Twist” is clearly about physical intimacy, something that’s always been a challenge and a struggle for me personally. Which is why I covered that song as well, in attempts to get comfortable with the instinct to be closer than close to someone.

I know from my own experience that once the act of connection is satiated, whether with an audience or another person, there is a dopamine drop that could be mistaken for melancholy or a deep, dark depression. When I came home from tour once, I felt not joy, but an immediate sense of longing. Prolonging the euphoria of music indefinitely is impossible; there are bills to pay and relationships to experience. But that connection has an all-consuming power – and so does the come-down that follows.

There are ways to cope and there are ways to seek help, but during a vulnerable state of self-imposed isolation, any human being – whether a talented musician or not – might dive off the deep end as a means to alleviate the suffering they can’t escape from. We don’t know if Scott is in a better place, but of course, we want to envision that for anyone who suddenly seeks refuge from the pains of living.

Scott once sent me a MySpace message saying that he liked my synth-heavy “Purple Rain” cover. This was truly encouraging, coming from a musician from whom I had recently been screaming front and center at one of my favorite music venues.

Music can be a savior for so many. I’ve told the story many times about how seeing the film Pump Up the Volume – which involves music, honesty, and intimacy – saved my life. At the age of 13, I decided it was time to end it all. My parents were on the verge of divorce, I had become unhealthy and anxious, and my body and brain were becoming enemies. I had tried once before, and I was set to try again. But then I saw that movie and decided to give life another chance.

That doesn’t mean there aren’t days where I veer close to the edge again, but I found many reasons to persevere – and music is one of them. I wish Scott had found his own reasons. My favorite songwriters would write music for those who not only felt emotional extremities but fell deep inside of them to the point of losing all sense of self. I think that’s why musicians love the art of songwriting. It confronts the emotion while trying to make sense out of it. That’s also what sometimes draws to me to recording a cover. Here’s another I did, of “Fast Blood.”

I plan to cover more Frightened Rabbit songs soon. There is strength in connecting with an artist through their art, whether they’re still with us or further away than ever. I know I felt in tune to the songs Scott wrote because they felt pure, honest, and true. Often in this world, we shun away from that vulnerability but Scott faced it head on. I’m sure Scott possessed a lot of love for so much in his lifetime, even if he felt otherwise to the point of true despair.

Regardless, I am grateful for having corresponded with him and seeing his band live. His truth and remarkable talent will continue to carry so many away from the darkness that is sometimes difficult to escape from.