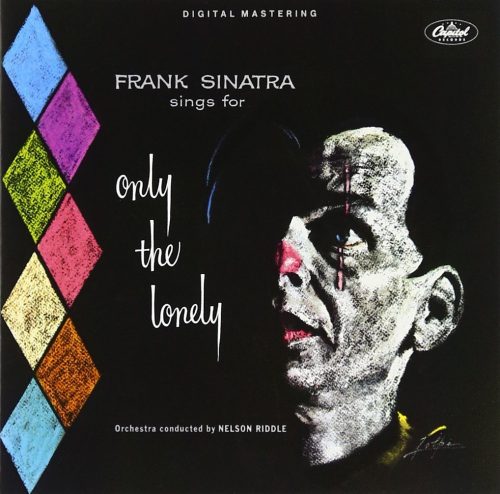 I was inspired to take this approach after reading an insightful thread in the popular Steve Hoffman music forum titled “Sinatra’s best sad songs.” There, one member astutely posted: “With Sinatra, there are sad songs, sadder songs, and ‘dark night of the soul’ sad songs.” Many have become pop/jazz standards and Sinatra is often credited with recording a definitive version. Here are covers of five songs that were mentioned frequently; we believe The Chairman would have smilingly approved.

Sinatra recorded the jazz standard about misspent love three times in the studio and closed his famous 1971 “retirement” concert with it. Matt Dennis and Earl Brent wrote the music and lyrics in 1946. Sinatra first included it on the acclaimed 1958 concept album Only the Lonely. Arranger Nelson Riddle said this collection of torch songs contained many of his saddest recordings. On this 2017 cover, singer Tony DeSare’s silky vocals are accompanied by Edward Decker’s 7-string guitar reminiscent of frequent Sinatra-sideman Tony Mottola. DeSare is considered a Sinatra “acolyte,” and here he delivers a fresh – but still vulnerable – interpretation.

Another thrice studio-recorded Sinatra standard, his version also appeared on Only the Lonely. Jule Styne and Sammy Cahn’s composition was originally introduced in a failed 1944 stage production. Australian born, UK-based, jazz and soul singer Karen Lane brings a gospel-infused organ played by Pete Whittaker to this slow bluesy burner. Supporting jazz guitar and light drums from the rest of the Project contribute nicely to the proceedings. The track appears on 2014’s Two Steps from the Blues.

Many consider the 1959 album No One Cares to be Sinatra’s darkest. The album, recorded less than a year after Only the Lonely featured A Cottage For Sale as its second track. Larry Conley (lyrics) and Willard Robison (music) first published the metaphorical story about the end of a relationship in 1929. Blues legend Taj Mahal’s backing band the Phantom Blues Band apply a modern electric blues treatment to the pop standard here. The keyboards and Memphis horns turn the track into the ultimate slow dance. It appears on Footprints, their 2007 sophomore release.

Einar Aaron Swan’s 1931 composition first appeared in the James Cagney film Blonde Crazy. It was covered frequently, becoming a jazz standard, and closed side one of Sinatra’s smash hit album In The Wee Small Hours. This marked his second recording of the track, and its appearance in 1955, on what he referred to as “the Ava album” (recorded during his tumultuous marriage to actress and singer Ava Gardner) has been credited with being one of the first “concept” albums – built on themes of loneliness, lost love, and failed relationships. He reportedly broke down in tears after hearing the master take of the recording. Separately, it can be noted that Sinatra gave his royalties from the song to the widow of Einar Swan who passed away unexpectedly at the age of 37.

As Wee Small Hours ended on a theme of hope and survival, the jazz ensemble of pianist/vocalist Champian Fulton backed by Scott Hamilton, Ignasi González, and Esteve Pi, apply those themes here to an upbeat live version of the track featuring a terrific tenor sax break by Hamilton on 2017s The Things We Did Last Summer.

Marvin Gaye – One For My Baby (And One For The Road) (Harold Arlen, Johnny Mercer cover)

Fred Astaire first performed Harold Arlen and Johnny Mercer’s hit in the 1943 movie musical The Sky’s The Limit. But it was Sinatra who defined this classic “saloon song,” with his six releases, including three studio takes and the particularly smooth version on Only The Lonely. Motown icon Marvin Gaye closed out his seventh studio album, 1966’s Moods Of Marvin Gaye with this arguably more “sexy” than “sad” version powered by vibraphone and Gaye’s righteous, big backing band.

Listen to more Sinatra covers here – including a feature on covers of the few songs Frank himself wrote.

One Response to “In Memoriam: Frank Sinatra”