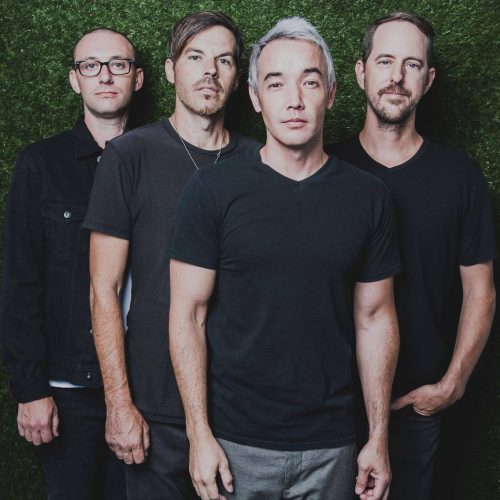 If you’re not deeply familiar with the full catalog of the unfortunately-named Hoobastank (it hurts just to type it), you would not be in the minority. Six years removed from their last album, and many more from the early-2000s hits, the band is mostly known for their bombastic, over-the-top, head-banging, nondescript rawk. In other words, there was never any real reason to devote any ear time towards checking these guys out. Until now, that is.

To all us Hoobastank detractors, the band’s new record Push Pull is a shock. This is definitely not your parents’ Hoobastank. Full of melodic hooks, the album mines new wave, Brit-Pop, and LCD Soundsystem-style dance into a highly intoxicating party punch. And it features – of all things – a cover of Tears For Fears “Head Over Heels” as the key ingredient. Rather than nu-metalling up a classic, the band wisely sticks fairly close to the joyful essence of the original. The proceedings coalesce quite nicely mid-song; as it continues, you can almost hear the “more rock, less roll” studio debates that must have gone on. Just as the song shows signs of veering out of control at the closing crescendo, it abruptly winds down to a more than satisfying conclusion.

We’ve never written about Hoobastank before, but you can find many more Tears for Fears covers here.