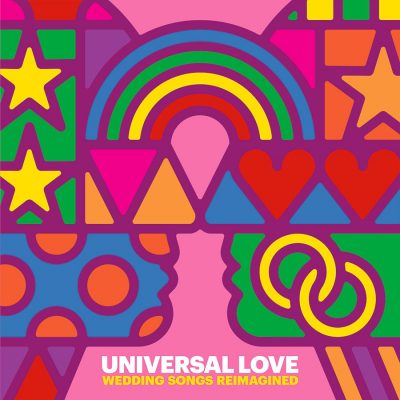 Okay, let’s be fair, changing the gender perspective, or altering the pronouns, in cover songs to make the lyrics about a same-sex relationship ain’t exactly a new concept. But to quote Sam Seaborn on an old episode the of The West Wing, “Let’s forget the fact that you’re coming a little late to the party and embrace the fact that you showed up at all.” So the collection is ultimately a well-intended, idealistic piece of sponsored content. But the music itself is a bit uneven. Here’s a rundown of the songs, with all the highs and lows:

Regular readers of Cover Me know that for the last few years Bob Dylan has been churning out albums of standards at a furious pace. This track from roaring ‘20s feels like it could have easily been included on any one of those collections. It has been recorded as “She’s Funny That Way” by the likes of Frank Sinatra, Bing Crosby and Nat King Cole and as “He’s Funny That Way” by such legendary female singers as Ella Fitzgerald, Rosemary Clooney and Diana Ross.

Dylan gives the song his now-routine standards treatment with a full cadre of strings to back him up. He sings the song as only Dylan can. As his wearied voice sings out “I got a man crazy for me/He’s funny that way,” one would think men had been singing this track for their male paramours for decades – which, maybe they have. Whether this track gets spun on any dance floor will probably depend more on the couple’s preference for Dylan’s vocal stylings. If they think Dylan has the voice of an angel, then they’ll want to add this to the wedding-night mix. However, if they think Bob Dylan aiming for the high notes is the sonic equivalent of fingers on a chalkboard, then best to leave it out.

Or they could simply wait for another male pop singer to cover this version: Michael Bublé perhaps?

St. Vincent – Then She Kissed Me

Since the girl group The Crystals first had a hit with “Then He Kissed Me” in 1963, other artists have been playing around with the lyrics. In 1965, The Beach Boys turned it into “Then I Kissed Her.” Kiss included a cover called “Then She Kissed Me” on their not-so-subtle 1977 libido-driven album Love Gun. For her take, St. Vincent powers the music with a bit of hard-driving electro-pop that feels like an amped-up version of the Violent Femmes “Blister in the Sun.”

Unfortunately, the results are mediocre at best. No problem with the lyrics, but the arrangement simply begins to grate after about 30 seconds. Luckily the track is only two minutes long. With such a classic song, a creative firebrand like St. Vincent could have done better.

The lead singer of Bloc Party takes on this staple of father-daughter dances and turns it into a celebration of same-sex love, dubbing it “My Guy.” This should not be confused with the Mary Wells’ song of the same name. This is a simply retelling of the Temptations’ Motown classic. Okereke gives it a wedding-band flavor, with an acoustic guitar rendition of the famous opening riff. Not exactly a ground-breaker in terms of arrangement but a solid addition to the traditional wedding-song canon.

Valerie June – Mad About the Girl

For her retelling of the ‘30s standard “Mad About the Boy,” Memphis singer-songwriter Valerie June is backed by a full orchestra and horn section. As she sings, one can picture her on stage in an old black-and-white movie dressed in an evening gown at a nightclub belting out the words, “On the silver screen, she melts my foolish heart in every single scene.” Only in this alternate history, it’s the wealthy women at the front table swooning over her sultry take on the song. Towards the end of the track, she even alludes to the Stax Records sound of the ‘60s by throwing in a brief organ solo in the style of the great Booker T. Jones.

Easily the best track on the album. With this cover, she’ll have everyone “Feeling quite insane/And young again” and most-definitely “Mad About the Girl.”

Benjamin Gibbard – And I Love Him

The Beatles released “And I Love Her” on their 1964 album A Hard Day’s Night. Unlike the hard-rocking title track, the song is a more reflective acoustic-guitar-driven folk tune. Gibbard keeps the feel of the original mostly intact. He drops the clacking woodblock in favor of a hard-thumping bass drum and adds a bit of psychedelic electric guitar to the background. The changes fit in well with mellow mood of the song. If I was planning a wedding, I would say play it while the guests enjoy their salad course.

Kesha – I Need a Woman To Love

For the final track, Kesha delivers a cover of Janis Joplin’s “I Need a Man to Love” that would perhaps be better suited for the vodka-and-Red Bull-fueled afterparty than the reception. The song holds the distinction of being the newest track on the collection. It was first released in 1968 on the album Cheap Thrills when Joplin was still part of Big Brother and the Holding Company. With the exception of the reworked lyrics, the cover is a fairly straightforward recreation of the fiery, electric-blues original. While it’s tough to out-Janis the original, Kesha has the pipes to give it an honest effort.

In some ways, this epitomizes the flaw in this whole collection. Once you get past the changes to the lyrics, most tracks do not really break much new ground. Still the tone of the record is optimistic and hopefully it will inspire more great covers in the future.