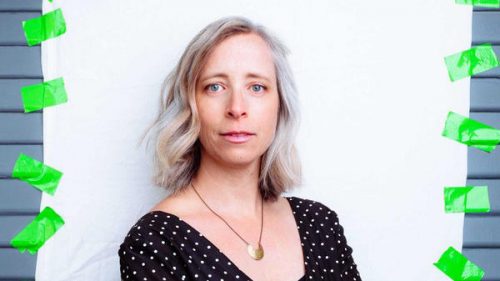 “Mountains of the Moon” is an obscure song, even by the standards of the Grateful Dead who had a habit of turning deep album cuts into concert staples. The group originally recorded it for their third studio album Aoxomoxoa (the name nobody can pronounce). Written by Jerry Garcia, Robert Hunter and Phil Lesh, the lyrics resemble a lost medieval ballad: “Cold mountain water/The jade merchant’s daughter/Mountains of the moon/ Bow and bend to me.” One can imagine Tyrion Lannister dancing to it on Game of Thrones.

Perhaps because the primary instrument is the harpsichord, the band only played it live 17 times between December 1968 and July 1969, then dropped it from their repertoire for good. Although following Garcia’s death, the group’s surviving members have revived it on occasion.

Singer-songwriter Laura Veirs, with a little help from her friend, Jim James, recently dusted off the track for her tenth album The Lookout, released this month. James is no stranger to the Dead songbook, having cut a version of “Candyman” on Day of the Dead as well. That 2016 tribute album also, incidentally, featured one of the only other covers, by Lee Ranaldo and Lisa Hannigan.

For her arrangement, Veirs drives the sound with a blend of acoustic and pedal steel guitar, adding in small sections of electric harpsichord. She sings it in an echoey, ethereal tone, reminiscent of Suzanne Vega’s’ work on her 1987 album Solitude Standing. James joins in half-way through, adding a layer of harmony to the background vocals that the Dead never achieved either live or in the studio. While she does not reinvent the tune, Veirs gives new life to a song long-neglected by its creators.