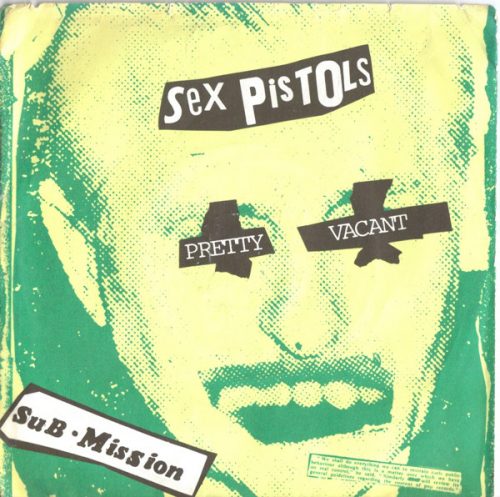 “LA punk soul goddess” Tequila Mockingbird wails on vocals while Church Of Betty founder and “Indo-pop maestro” Chris Rael jams on his sitar. Rael even pays respects to the iconic opening riff by running another sitar through a distortion unit. The groovy, slower tempoed funk/rock dance single was produced and arranged by Rael in 2011.

On 2008’s Music Is Not for Grown-Ups, breathy Italian Elli de Mon sings slowly, over Matteo Romagnoli’s minimal acoustic guitar for two minutes before the harmonium and bass join in. The arrangement is sad, in an “Eleanor Rigby” kind of way. On a live-in-studio version, de Mon adds some glockenspiel.

Start up the tractor, cowpunks! More acoustic guitar here, but this time we have it alt-country style. On 2007’s Fall Asleep When Awaking, the Orange County psychedelic folk quintet features “country dude” vocals and adds some strange dueling lead guitars during the short break. And how’s this for a reference: The choruses vocally reminded us of Lobo – the ‘70s singer/songwriter who sang the hit “Me & You & A Dog Named Boo.”

According to AllMusic, record producer Mike Thorne was instrumental in signing The Sex Pistols to the EMI label in 1976. (Read a fascinating interview about his time with the Pistols here.) Twenty-three years later, after a successful career producing the likes of Soft Cell, The The, Bronski Beat and others, Thorne assembled a cast of female vocalists in 1999 for his first album Sprawl. Kit Bain on lead vocals, along with Lene Lovich, are featured on this new wave dance version – think Bananarama meets the Thompson Twins. The frenetic arrangement wraps great vocal production around a ‘80s-friendly percussion break that sounds even better after repeated listenings.

If user comments are to be believed, the Germans (Canadian indie-rockers performing here as Methodist All Stars) filmed this amazing countrified cover in 1999 in London for the British television show Yanky Panky. The foot-stomping version features fun guitar breaks, fiddle, piano, pedal steel, and harmonica. Friend of the band Keith Finch is featured here on lead vocals. As for the video, this is easily the most humorous one ever produced for the song. Another Finch project – JA13 – included the track on 2010’s Puff N Stuff Vol.1.

Sweden’s Sofia Allard and Carl-Michael Herlöfsson answer the question: What would “Pretty Vacant” sound like as a Bond theme? On 2006’s all covers Search & Destroy – A Punk Lounge Experience the duo admirably apply the lounge/chill formula to this – and with varying degrees of success – to eleven more punk/rock/grunge classics.

Rockabilly singer Rosie Flores hooks up with French composer, DJ/Producer, Philippe Cohen Solal on this country/folk version with some great fiddle. The track appeared on 2007’s The Moonshine Sessions.

Final of the Four: “Holidays in the Sun” rounds out the singles in Part VI of our Sex Pistols series.