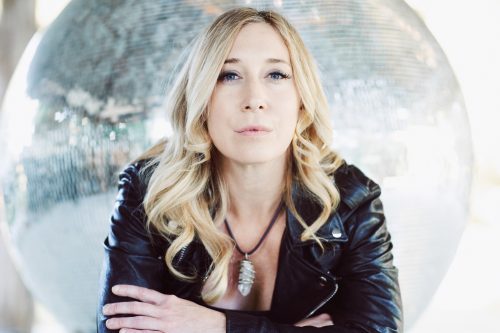 So it’s perhaps no surprise that the five covers she selected for us all feature powerful vocal performances. Powerful, though, in very different ways, ranging from Aretha Franklin’s gospel belt to Johnny Cash’s fragile whisper. Let’s turn it over to her:

Erika says: “I love the original as well, but there is something that really pulls my heart strings with this version.”

Erika says: “I don’t know if I’d say Buckley’s version is better than Cohen’s, but it’s just as good!”

3. Joe Cocker – With a Little Help From My Friends (The Beatles cover)

Erika says: “It took me a long time to even realize this was a cover, because it’s so different from the original. When it gets to the chorus I can’t understand a word he is singing, but he could sing me the phone book to that melody with those raw emotive vocals and I’d love it.”

Erika says: “I loved Otis Redding’s original version too, but I think Aretha knocked this song out of the park. She’s a badass.”

5. The Pretenders – Stop Your Sobbing (The Kinks cover)

Erika says: “I love the Kinks version too, but the Pretenders are my favorite. Chrissie Hynde and I are both originally from Ohio. I always feel extra love for bands from where I grew up.”

Erika Wennerstrom’s debut solo album ‘Sweet Unknown’ is out this Friday on Partisan Records. Find out more and listen to a couple songs at her website.