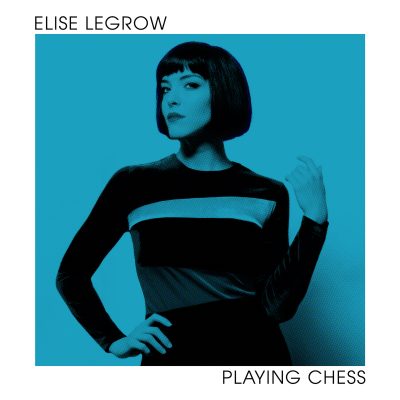 Chess Records, considered by many ears to be the redheaded step-child to the Motown and Stax labels and immortalized in the movie Cadillac Records, was the preeminent blues record label of the 1950s and ’60s. At the forefront of the birth of Rock and Roll with the release of “Rocket 88” by Ike Turner and His Delta Cats, the label was the musical den of inequity for Muddy Waters, Little Walter, Chuck Berry, Etta James and many others. And now, at last, with definitely a particular place to go, Elise LeGrow has released a tribute to the denizens of 2120 South Michigan Avenue: Playing Chess.

Having now spent several listening sessions with this gem, it looks like, to borrow some Olympics imagery, a spot on the “Covers Albums of the Year” medal stand should be reserved for this one. Bronze at least. Certainly not taking the easy approach, LeGrow has meticulously researched and curated every song that she presents. Take the relatively obscure Sugar Pie DeSanto tune “Going Back Where I Belong”; the even more esoteric “Searching for My Love,” a hot 100 hit for Bobby Moore and the Rhythm Aces’ or album-closer “Sincerely,” the last single for The Moonglows. Every song will have you cranking up the way-back machine to search out the original versions.

An Amy Winehouse-inspired aggressive version of Bo Diddley’s “Who Do You Love” is a highlight. As is a stunning rendition of the Pulp Fiction-by way-of-Chuck Berry classic “You Can Never Tell.” The nuanced arrangement is so exquisitely subtle you barely recognize the song until her first “c’est la vie” is cranked out.