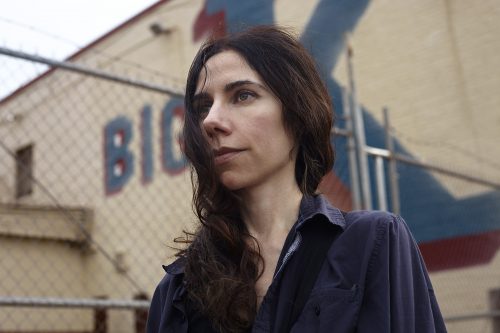 The few other versions I dug on YouTube tend to be sung by people with thick accents off albums with titles like Widdecombe Fair. And they’re pretty, in a Fairport Convention-sings-songs-of-yesteryear sort of way. But Harvey’s version, a collaboration with London composer Harry Escott for the movie Dark River, is a different beast entirely. Listening to it doesn’t feel like a history lesson. It feels like something fresh, unburdened by tradition.

Escott describes recording Harvey’s vocal as “a spine-tingling experience” and you can hear why from her first notes. But he deserves equal billing, creating a surprising and inventive bed of guitar and gently building orchestrations that keep the six-minute song light on its feet. Listen to “An Acre of Land” below.

Hear more covers by and of PJ Harvey here.