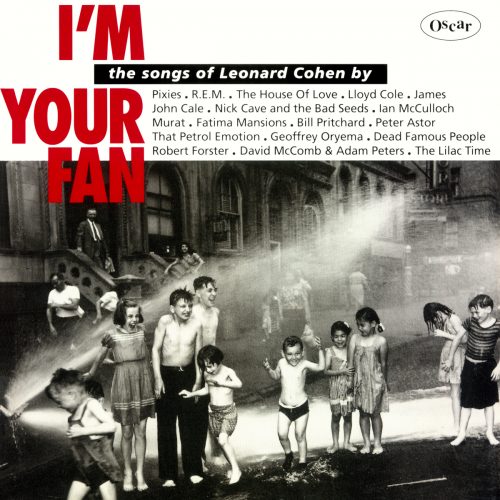 So we’ll start there, at the last track, the secret chord. “Hallelujah” became the most clichéd of Cohen covers, but when John Cale picked it for this 1991 tribute album, it was the disc’s most obscure selection. The song had only come out in America the previous year, after Cohen’s label Columbia refused to release 1985 album Various Positions stateside. Explaining his decision, Columbia president Walter Yetnikoff issued the famous quote: “Leonard, we know you’re great, but we don’t know if you’re any good.”

The full story is detailed in Alan Light’s terrific book The Holy or the Broken, but here’s the short version: The Velvet Underground’s John Cale came across this obscure song and contacted Leonard to see if there are any extra words. Leonard proceeded to send him 80 verses worth, from which Cale selected a couple. But the important change was not lyrical, but musical. Cohen’s original recording suffers from instantly-dated 1980s production. Cale’s solo piano cover strips away the synths and drum machines, revealing the stunning song underneath the gloss. He created the template that everyone still follows.

Fast-forward a few years. Jeff Buckley heard John Cale’s version and decided to cover it himself. You know the rest. A track Leonard Cohen’s U.S. label refused to even release became his most famous song. And all because of this tribute album.

So that’s the very specific influence this album had. But even before Buckley took Cale’s “Hallelujah” cover supernova, I’m Your Fan helped revive Cohen’s reputation. Like many artists of his generation, Cohen was seen as a has-been by the 1990s, when he was thought of at all. Having the coolest young acts – R.E.M., the Pixies, James – covering his songs marked him as cool again. It set the stage for everything that happened subsequently. Because they didn’t just cover his hits of yesterday, “Suzanne” and the like. They covered his newest material, including many of the songs his label hadn’t even deemed worth releasing.

To emphasize the point, the album took its title not from a reference to a classic album that more people would get, but from his most recent record, 1988’s I’m Your Man. The liner notes even featured all the featured artists posing with bananas, just as Cohen did on his album’s cover:

I’m Your Fan altered the rest of Leonard Cohen’s life. But even when you lift the weight of this album’s heavy history, the music still holds up. Several of the tracks are all-time great Cohen covers, right up there with Cale’s “Hallelujah.” So let’s now leave behind the album’s historical importance and focus on the covers…

If Cale hadn’t reimagined “Hallelujah,” this could well have been the important track here. A hugely popular young band took a recent Cohen recording that a) no one knew and b) suffered from some very cheesy production anyway. And they transform it. The song becomes weird and edgy and aggressive – styles that were musically quite “in” in the early 1990s. You wouldn’t know it from Cohen’s original, but it fit perfectly in the era once R.E.M. grabbed ahold.

If you were compiling a tribute album in the 1990s, you might bring in the Pixies as a ringer. Their squalling “Winterlong” highlights Neil Young tribute The Bridge. Their punk “Ain’t That Pretty At All” elevates Warren Zevon tribute Enjoy Every Sandwich. And “I Can’t Forget” energizes a throwaway on the original I’m Your Man, replacing synthesized marimbas (oof) with guitar feedback and drum machines with more guitar feedback.

That Petrol Emotion – Stories of the Street (Leonard Cohen cover)

This starts off as a fairly conservative cover, arranged much like Leonard Cohen’s early work: Prominent acoustic guitar, melodic bass line, tambourine. If you’re covering late-’60s Leonard, this is not a wildly imaginative direction. But just wait. Over the course of five minutes this cover builds and mutates, going from a soft ballad to a percussive feedback squall. It, ironically, sounds more like the Velvet Underground than John Cale himself does.

I’ve talked about how these covers were so of-the-moment in the early 1990s, embracing college rock and grunge. This one, though, is of a different moment: the early 1980s. It channels Joy Division’s post-punk and Depeche Mode’s cool electronica, using synthesizers and drum loops far better than Cohen himself ever did.

Speaking of the fruit pictured on Leonard’s album… this cover is bananas. And there’s a reason. It was culled from an hour-long jam session where they covered the track in a variety of genres. That’s why it abruptly lurches from Cave the garage rocker to Cave the country crooner to Cave the slam poet. It’s fascinating, less one great cover than a half-dozen awkwardly slammed together. More than anything, it makes me want to hear the full hour.

This is the first of a two-part series. Check out the second part, our look at the equally great – though much, much less cool – Cohen tribute album ‘Tower of Song’.

2 Responses to “Cover Classics: I’m Your Fan – The Songs of Leonard Cohen”