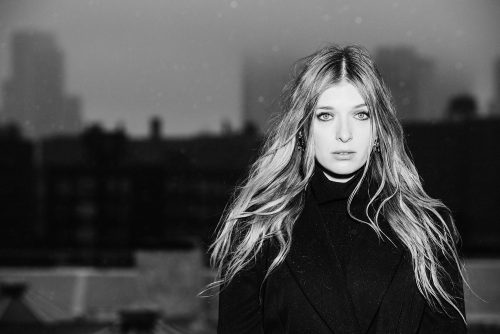 After several years exploring electronic music, Sufjan Stevens’ 2015 album Carrie & Lowell was a return to form for fans who preferred his earlier folky fingerpicking. And people who liked the dancier direction? Well, now there’s something for them too: VÉRITÉ’s electropop cover of one of those Carrie & Lowell ballads.

The Brooklyn singer-songwriter Kelsey Byrne emerged fully formed in 2014, with her first single as VÉRITÉ topping the Hype Machine charts. Her few covers, too, have been fantastic since day one, from a transformative take on the 1975 to a percussive stomp through Childish Gambino. On new Sufjan cover “John My Beloved,” shimmering electronics underpinning her soaring voice, one part gospel and one part Celine Dion (and in terms of vocal power, that is in no way an insult). Listen below.

Check out more Sufjan Stevens covers in our archives.