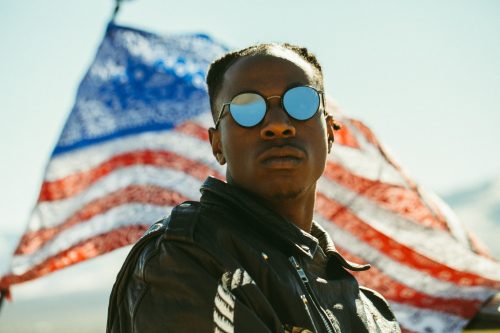 Given the rampant overproduction that plagues most contemporary rap, it’s refreshing to see an artist step outside the safety confines of drum tracks and dampeners and play with an actual band. During a recent trip Down Under, Jo-Vaughn Virginie Scott (aka Joey Bada$$) did just that. He performed a pair of tracks on Australian radio station Triple J’s covers show Like A Version. With a full band of Australian musicians, he performed his hit song “Temptation” as well as a reinterpretation of Prince’s 1984 classic “When Doves Cry” rechristened “When Thugs Cry.”

According to Joey, his version of “When Doves Cry” was supposed to be included on his 2017 album ALL-AMERIKKKAN BADA$$, but he was unable to secure the rights to use the sample he included. Gone is the famous keyboard riff from Prince’s original. Instead Bada$$ provides a hypnotic slow jam that blends old school R&B and modern day hip-hop. He delivers a revised chorus, with the lyrics: “Maybe I’m just like my brother/He’s never satisfied/Why so we shoot at each other/This is what it sounds like/When thugs cry.” He switches effortlessly between singing and rapping and in the process showcases the gospel and R&B roots of his own music.

Whoever owns the rights to Prince’s music ought to give Bada$$ permission to commercially release the tune. After all, Prince approved MC Hammer’s use of a sample from “When Doves Cry” on his cheesy 1990 hit “Pray.” Bada$$’s top song on Spotify “Devastated” has garnered 125 million listens, so the cover has the potential to yield Hammer-type returns.