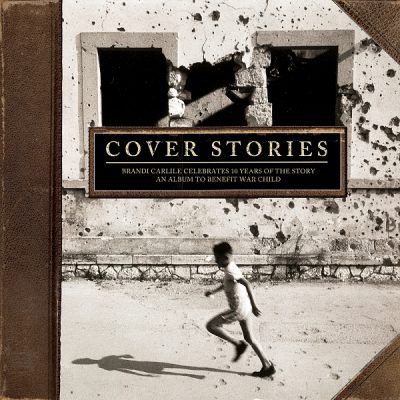 The birth of of daughter Evangeline opened Brandi Carlile’s eyes to the drastic juxtaposition of the life she was able to provide for her daughter versus that of a child refugee. Thus, Cover Stories was born: a reimagining of Carlile’s album The Story, benefitting War Child, a non profit that aids refugee children. A motley crew of artists such as Dolly Parton, Pearl Jam, Adele, The Avett Brothers, and Kris Kristofferson (not to mention a forward written by Barack Obama) among others covers every song. My personal favorites are Parton’s flawless rendition of the title track and Pearl Jam’s rock rendition of “Again Today.” Said Carlile of the album: “I asked my heroes and friends to help me launch a rock at the giant that is our refugee crisis and help in the only way we know how, through the power of music… It’s not how hard you can throw, it’s how high you’re willing to aim.” – Angela Hughey (Read full review) 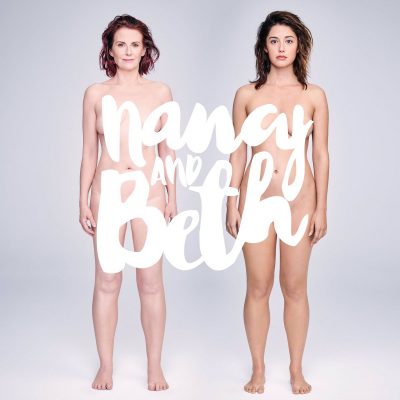 Before this album, the only song I’d heard comedian Megan Mullally sing was this cover of a song titled “Smell Yo Dick” (featuring her husband Nick Offerman guest-rapping). It’s hilarious, but Nancy and Beth, her duo with Stephanie Hunt, has much more to offer than raunchy humor. Their debut album includes a winking cover of Gucci Mane’s “I Don’t Love Her,” true, but other than that they play it straight. The comedians deliver genuinely terrific takes on everything from country (George Jones’ “He Stopped Loving Her Today”) and gospel (LaVern Baker’s “Saved”). No joke. – Ray Padgett 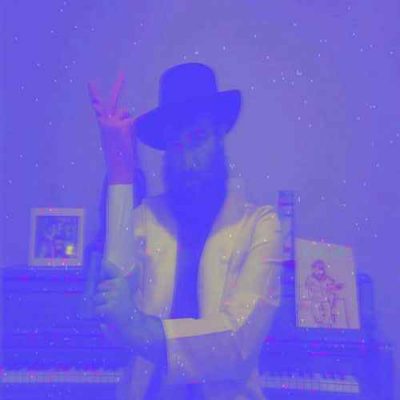 When we wrote about this album in August, we called it the most unique cover album we’d heard that year. Four months later, it stills holds the title. Strangeness-wise, avant-garde jazz covers of Blink-182 hits is hard to top. But here’s the most amazing part: Bassist Benjamin Ryan Williams and his bandmates break out of the novelty zone with rich and fascinating reimagining of the stupidest songs you sang in high school. – Ray Padgett

7. ‘Sunny Side of Heaven: Fleetwood Mac Revisited’
Buy on Bandcamp 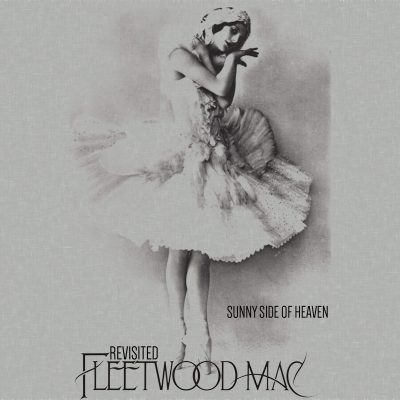 The Bandcamp label The Blog That Celebrates Itself cranked out more than three dozen albums this year, many of them tributes. These are people who know how to pay homage to a band. That’s clear on Sunny Side of Heaven, their collection of Fleetwood Mac covers. The original songs are often worthy candidates for experimental/dreampop makeovers, being thematically cut from the same cloth, and the acts featured here go one better than doing the songs justice – they bring them up to a whole different stratosphere. Bonus points for mixing in little-known songs (the title track, “Only Over You”) with the usual greatest-hits suspects. – Patrick Robbins

6. Shelby Lynne and Allison Moorer – ‘Not Dark Yet’
Buy on Amazon 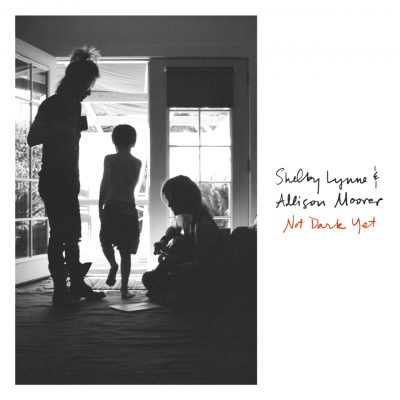 The 2 sisters come together for the first time on record, with an exemplary and eclectic selection of country covers and all points east of there. From Nirvana – a decidedly marmite version of “Lithium” – to the Louvin Brothers, Townes and Merle Haggard, this is enhanced by a crystal clear production, by Teddy Thompson, and a host of session-lands finest. And, were this not a covers site, the one original, “Is it Too Much,” would be my track of the year. – Seuras Og (Read full review) 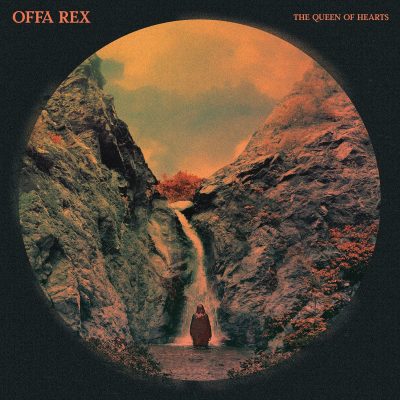 If you can imagine the Decemberists covering your folk-rock favorites of yesteryear – Fairport, Steeleye and all that – imagine no more. This joyous collection, largely fronted by the silky tones of Olivia Chaney, packs in oodles of those influences, and more. Even 10,000 Maniacs and old folkies Black Sabbath get a nod, beefed up with a thoroughly contemporary production and masterful and muscular musicianship from Colin Meloy’s band. Oh yes, he sings two tracks, too.– Seuras Og (Read full review)

4. ‘Treasure of the Broken Land: The Songs of Mark Heard’
Buy on Amazon 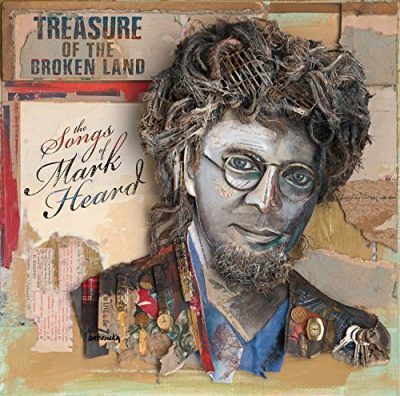 I’ll admit it: I had barely heard (heh) of Mark Heard. The only song I knew was his cover of “I’m Looking Through You,” which made it to the second round of our Moptop Madness bracket years ago. But anyone who knows him will roll their eyes at the obviousness of what I’m about to say: he’s a hell of a songwriter! Heard died 25 years ago, but hopefully this Buddy Miller-helmed tribute album will introduce more people to his music, just as it did me. – Ray Padgett 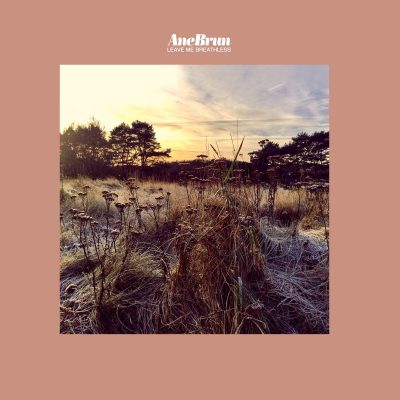 Norway’s Ane Brun recorded Leave Me Breathless as a tribute not so much to the artists who originally performed its 14 songs as to a passionate love affair. The affair died, but the music lives, and the work of others is turned into an intensely personal statement. Brun manages this by giving the songs new arrangements, then ghosting them with her impassioned voice. “I Want to Know What Love Is” has never sounded like it does in Brun’s hands, and restoring the glory to that once-overblown song is just one of the many miracles she performs on this album. – Patrick Robbins

2. The Unthanks – ‘Diversions Vol. 4: The Songs And Poems Of Molly Drake’ 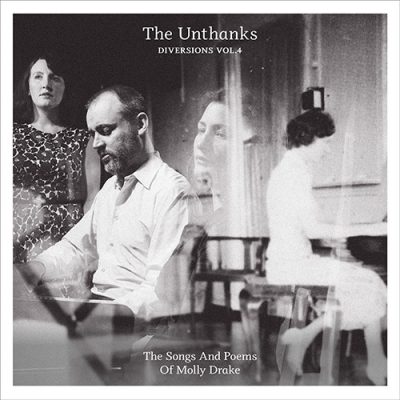 Molly Drake’s brief catalog of songs didn’t get much notice until a good two decades after her passing, but that’s not the only thing they have in common with her son Nick’s music – their writing shares a haunting, melancholy feel, as much about what’s unsaid as what’s said. This year the Unthanks, an English folk group led by Rachel and Becky Unthank, released the fourth volume of a series of tributes, consisting of the songs of Molly Drake as well as her poems, read by her daughter Gabrielle. With fresh blood flowing beneath these songs, they became less fragile than delicate, more solemn than stately, and add one more perfectly placed brush stroke to the Drake family portrait. – Patrick Robbins

1. ‘Cover Me Turns 10: A Covers Tribute to Covers’
Download at Cover Me 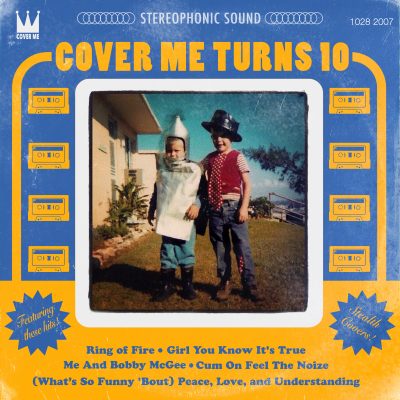 I realize this is semi-cheating, but the hell with it – it’s our birthday! Even if we weren’t wildly biased, though, this might top our list. We were blown away by the calibre of performances 25 artists delivered to help us celebrate, from a bluegrass take on Pearl Jam to a Caribbean bachata cover of The Clash (translated into Spanish no less). And a present to us becomes a present to you – the whole thing is free! – Ray Padgett