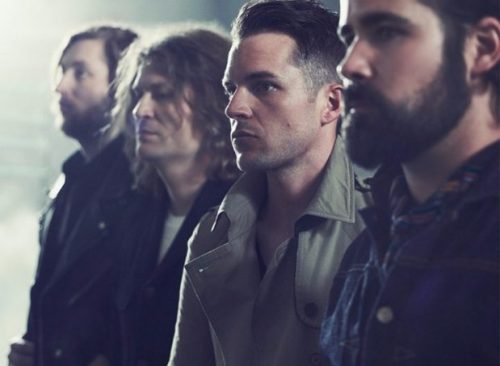 Recently, The Killers took to the BBC Radio 1 Live Lounge to plug their upcoming album release. Fittingly, they coupled their new song “The Man” with an iconic, similarly egotistic hit by David Bowie. If you’ve heard The Killers’ new song, you might be able to guess the Bowie song that they seamlessly transition to. And what a transition.

“Fame” is an excellent fit for Brandon Flowers’ piercing tenor. His voice is as instantly recognizable as Bowie’s, and he sings the classic with the same gusto as the original. The band and back up singers are fully invested, covering every instrumental solo and breathy “Fame” that you anticipate.

The set wraps up with The Killers’ hit “Mr. Brightside.” Looking back at his discography, Flowers said “I realized how cohesive an idea [Sam’s Town] was. That reminded us that we really want to make a record here, not just slap a bunch of songs together… I think we’ve done it again on this album.”

The Killer’s fifth album will be available September 22nd. Listen to a few of the tracks on their website.

One Response to “The Killers Cover David Bowie’s Classic “Fame””