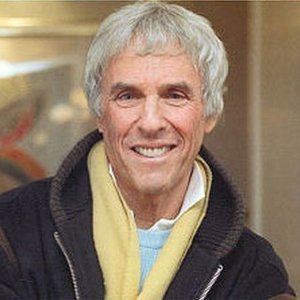 Two and a half years shy of the end, we’re about to surpass the total number of “(There’s) Always Something There to Remind Me” covers produced in any decade, including the ‘60s! Like MTV before it, YouTube is helping to drive this output. To be clear, we’re also not considering every bad amateur effort out there. There’s some carryover of the jazz-influenced versions from the ’00s, but the real story up to now is the sophistication and maturity that’s developed. In general, it’s as if the song, to no one’s surprise, is aging like an exceptional cabernet. So far this decade…

Not just good, this version is very good. It comes from 2014’s DionneDionne, an album made up of covers of songs associated with Dionne Warwick (seven of its nine songs are Bacharach/David compositions). Farris, formerly a vocalist with Arrested Development, brings great depth to her vocals here. The arrangement is upbeat and sparse, featuring only Hunter’s fabulous fretwork and a bass guitar.

Chester See – Always Something There to Remind Me (Burt Bacharach cover)

A bona fide YouTube star, See’s version was released on his channel and as an iTunes single only a few months ago. The artist comes up with a sweeping piano arrangement to support the story told by his terrific vocals. His version is very close to being the best.

Hollie Stephenson – Always Something There to Remind Me (Burt Bacharach cover)

Maybe Amy Winehouse was always there to remind us of Billie Holiday, and Stephenson is here to remind us of Winehouse. The talented teen was signed by producer Dave Stewart (Eurythmics) and recorded this singularly impressive version for a December 2014 episode of the one-season-and-done CBS series Stalker. Slow-moving and melancholy, it’s a totally different interpretation of the song. Piano, guitar, and a light touch of effects enhance the singer’s pained vocals. Although anything’s possible, this one will be hard to unseat.

The now “grande dame” redeems herself from her 1998 misstep with this smooth and upbeat version on 2012’s 50th anniversary album Now, produced by Phil Ramone.

Rock and blue-eyed soul. The Canadian-born, multi-talented entertainer arranged this three-song medley for his 2016 London production that was blessed by Bacharach. Starts at 3:38.

We hope you enjoyed the journey across the decades as much as we enjoyed sifting through the mountain of material (over 150 verified versions) inspired by Burt & Hal. Did we miss any of your favorites? Let us know! And at the rate this song reproduces, we’re due for several more versions before it’s all said and done.

3 Responses to “Good, Better, Best: Always Something There to Remind Me (Burt Bacharach) – The ‘10s”