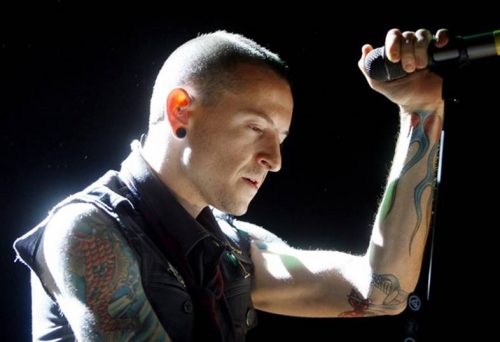 A particularly gorgeous rendition of one of Linkin Park’s songs is Scott D. Davis‘s piano take on “In the End”. The melody is highly effective even without the support of a band.

Bennington and Soundgarden’s Chris Cornell were close friends, with Bennington even singing “Hallelujah” at Cornell’s recent funeral. Whether it is coincidence or not that Bennington passed away on Cornell’s birthday, their bond was undeniable. Bennington’s open letter to his friend upon his passing:

“Thoughts of you flooded my mind and I wept. I’m still weeping, with sadness, as well as gratitude for having shared some very special moments with you and your beautiful family. You have inspired me in many ways you could never have known. Your talent was pure and unrivaled. Your voice was joy and pain, anger and forgiveness, love and heartache all wrapped up into one. I suppose that’s what we all are. You helped me understand that….I can’t imagine a world without you in it”.

Much of the praise Bennington bestowed on his dear friend was also showered on him by so many of the people he inspired. So we leave you with “Hunger Strike”, a cover of Temple of the Dog (with Bennington singing Eddie Veder’s part) recorded during the 2007/2008 tour of Linkin Park and Chris Cornell. R.I.P. Chester.