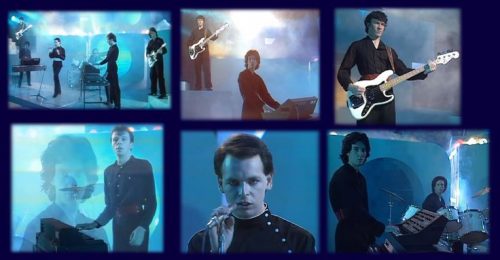 “Friends” has garnered more than its fair share of covers – 21 artists on iTunes alone, and countless more on YouTube, have given us their takes on the song. Here are five (or so) that stand out…

With only a piano and her moody vocals, Belgian singer Peirlé takes you on a foreboding journey reminiscent of Alanis Morissette.

The song lends itself well to rock treatments, and who better to give it a shot than Jack White and friends? The hurdy-gurdy organ, vibrato guitars, and Allison Mosshart’s smoky vocals come together for an uptempo version nearly a minute shorter than the original.

This English busker and YouTube artist provides an acoustic take from his home studio. McEvoy’s version evokes sadness, but in a slight twist, he sings through the iconic spoken word verses. You believe him when he smiles and says, “I don’t think I’m going to get any better than that,” before turning off the camera.

On their album From the Crooked Tree, these jazz-infused instrumentalists included two versions of the track; one fast, the other faster. We’ve included the latter for its nicely tuned percussion effects and high-hat/snare that channels Cookin’ On 3 Burners’ version of “Cars,” reviewed previously here.

Whitley, a musician’s musician who died in 2005 of lung cancer, left us with this blues/grunge interpretation on his final studio album. He sings the desolate lyrics aware of his inevitable passing, which came too soon only five months later.

A hard-driving metal version from a little-known UK rock band in their home studio. Thoroughly enjoyable.

It’s never too late for a good cross-genre cover. SuperUkes uploaded this eclectic version of the track from their recent performance at the Ukulele Festival of Wales.

The original version of “Are ‘Friends’ Electric?” can be found on Amazon. Learn more about Numan’s new album and current tour on his website.