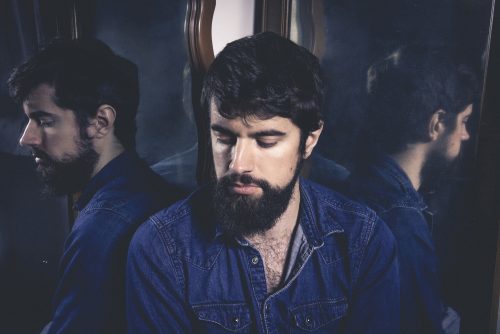 That rarely-sung verse, from Woody Guthrie’s original lyrics, helped inspire Anthony D’Amato’s shimmering new cover (which features background vocals from Josh Ritter). Though written in 1940, that line about walls dividing people holds increasing resonance today. And it’s a subject D’Amato cares a lot about; his last album included the Trump-inspired original “If You’re Gonna Build A Wall” and both tracks appear on new charity EP Won’t You Be My Neighbor.

“Woody Guthrie’s original lyrics included verses denouncing walls and lamenting the plight of the poor, but history’s tried to kind of sweep those under the rug,” D’Amato writes. “I wanted to get at the heart of the song, which is really a question: is this land made for you and me? Border walls, Muslim bans, and ICE raids suggest a darker answer than we’d like to admit when we teach it to schoolchildren as a patriotic anthem. The song also took on a new weight in light of America’s planned departure from the Paris climate accord. Guthrie’s not just singing about the idea of America in this song, he’s singing about the actual land and water and trees and air. If those things belong to all of us, it’s our responsibility to step up and make sure they’re protected for future generations, because it all belongs to them, too.”

Listen to “This Land Is Your Land” below, along with a couple other recent politically-minded covers: a live version of another song on the EP, Tom Petty’s “I Won’t Back Down,” and his Fourth of July version of Simon and Garfunkel’s “America” (he even recreates the class Bookends photo)

Proceeds from “This Land Is Your Land” are being donated to The International Rescue Committee and their efforts to aid refugees around the world. Buy it here.