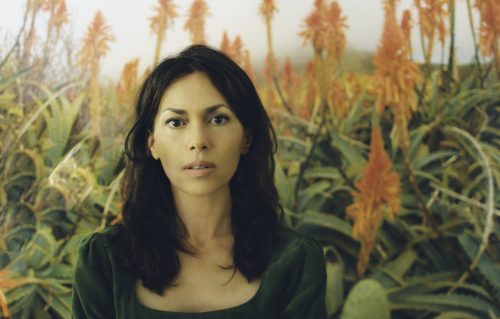 Susanna Hoffs covers a lot of songs. With her musical partner Matthew Sweet, she has recorded three albums so far in the fantastic Under the Covers series, and throughout her career she has periodically cropped up with great covers (we named one of them in our Best Covers of 1996 retrospective). So Susanna Hoffs recording a cover song is hardly news. Susanna Hoffs covering Prince, however, certainly is.

Hoffs has had a successful enough solo career that some may forget she first came to fame as a member of the Bangles. And one of their biggest hits was the Prince-penned “Manic Monday” (which we recently premiered another cover of). So Hoffs has more credibility covering Prince than most, and thirty years after he gave her one of her biggest hits, she does it again.

This time, she tackled the Purple Rain standout “Take Me With U” to raise money for the Mending Kids charity. It doesn’t sound much like the Bangles, but that won’t surprise anyone who has followed Hoffs’ rootsier solo work. Listen below, then buy the track on iTunes to support Mending Kids.