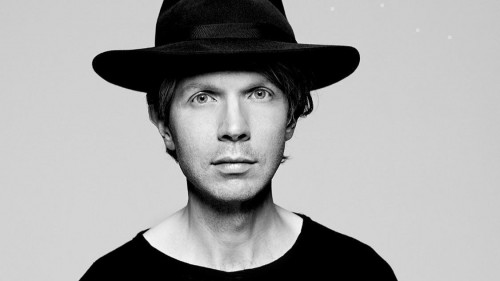 As we covered a few weeks ago, the soundtrack for the Amazon original show The Man in the High Castle is chock full of big names covering classic songs. The album is out now, and one of the highlights is Beck covering Elvis’ “Can’t Help Falling in Love.” Like many of the songs mentioned previously, Beck didn’t get too adventurous on this number, opting to stick with what worked the first time.

If the mention of Beck calls to mind ’90s stream-of-consciousness rap and kitchen-sink production, this performance might come as a shock. But for those familiar with Beck’s full discography, there’s no surprise here: the man can croon. His vocals call to mind a brighter version of his work on Sea Change, high in the mix but still with a little of the mumbling style he’s known for. The minimal guitar and drum accompaniment slowly blooms into swelling strings and angelic backing vocals. The production is gorgeous; the song adds elements so seamlessly as it goes that it feels much shorter than the 3-minute run time.

There are some other great tracks on the album, including The Shins’ version of “A Taste of Honey” (originally by Billy Dee Williams), where frontman James Mercer also shows off his chops with his classic-sounding take. Check out both tracks below and then check out the full album if you dig the vibe; there’s more where this came from.

Check out the full album at any of the places you stream or purchase your music. And check out more Beck at his website.