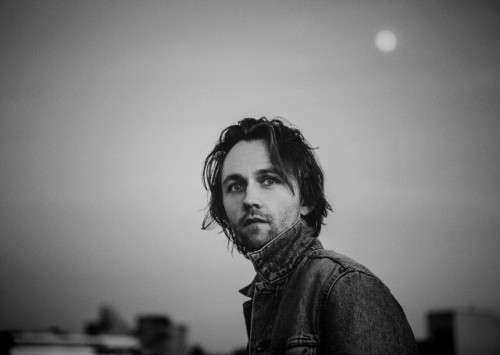 Every year, Norwegian singer-songwriter Sondre Lerche covers one of the year’s biggest pop songs. He’s tackled Drake, Beyoncé, and a half dozen more. They tend to be slowed-down, beautiful and mellow covers of huge radio bangers. This year, he turned the choice over to readers of one of our favorite music blog’s, Stereogum. They voted for Ariana Grande’s “Into You” and, sure enough, Lerche delivered.

His “Into You” is a little more upbeat than his year-end covers often are, showing more of the songs pop roots. Lerche wrote a lengthy description of how he approached the song:

There’s been plenty of hits recently that might seem like fun ideas to cover in theory, but if I’m not truly motivated to sing it, it’s just a waste of time and song. I am not so good at staying focused if I don’t feel it. There are incredible songs on recent albums by Frank Ocean, Beyoncé, Rihanna and Anderson .Paak, that I, and huge audiences, have enjoyed tremendously. But they feel like such perfect individual statements of shared experience unto themselves, that I have no desire or motivation to touch, interpret or play with any of it – least of all separate a brilliant song from the context of its even greater album. Albums are not dead. Not nearly. Clearly. But megahits such as Into You are so flexible and adaptable in the way they unite listeners. An inspired exercise in economy and maximalism, Into You is huge and sharp and nothing can stop it. My admiration and appreciation for it has grown exponentially within each of the 15 hours I just spent with my friend and wizard producer Matias Tellez (have you heard his brilliant new Young Dreams single, Of The City?), in Skogen Studio in Bergen, where we’ve also recorded half of my next album, Pleasure (which will come out in 2017, I promise). This is apparently the 8th year altogether that I record an increasingly huge song I’ve enjoyed in the year that’s passed, and pass it on to fans and followers, strangers and family. It has become one of few remaining rituals that comes with a Christmas vibe guarantee; it’s a lot of fun for my buddy and I – like an intense Christmas party for two – and it gives me the sense that when this recording has been sent out there, I can lower my shoulders, disconnect the router and get into the spirit of the season for real. One final, joyful chore to cross off the list. It has, of course, been an infamously confusing, upsetting, sad, polarized, and relentless year in so many ways, in many parts of the world. The world seemed especially confusing, ugly, greedy, violent, fucked-up, baffling, selfish and – most of all – unfair in 2016. The only thing I know – beyond standing up for what’s right, supporting causes and great organizations that try to see a bigger picture than our feeds and attention spans sometimes allow – is that the music plays on. And there’s been so much beautiful, meaningful, inspired music this year (some of which I embrace and share constantly via my Infinite Playlist on Spotify). And this is certainly something to cherish, amidst all.

Listen to Lerche’s cover of “Into You” below (via Stereogum).