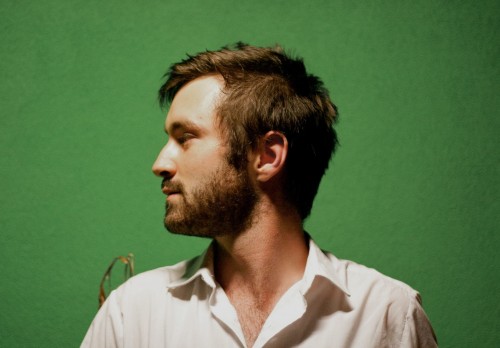 London’s Tom Rosenthal writes songs with titles like “Toby Carr’s Difficult Relationship With Tuna” and “Watching You Watching YouTube in the Dark.” His piano playing is less playing than painting, capturing various shades and hues with his arrangements. Here at Cover Me, we’re glad to do our part in turning his designation as “Britain’s Best Unknown Songwriter” into a thing of the past. We just choose to do it by featuring his work on other people’s songwriting.

With only his piano as instrumentation, Rosenthal approaches the following five songs in ways very different than the original authors intended. Not just in the way the songs are arranged, but in the way they’re approached, both in mood and in intent. If these covers don’t make you want to hear Rosenthal’s originals, nothing will.

Rosenthal’s cover of the Abbey Road classic certainly starts off with the gentle warmth of the Beatles’ original, but then he moves to the lower end of the keyboard, gets a little more intense with his vocals, and soon it sounds like we’re not watching the sun finally come out, but a gathering storm burying it.

Rosenthal uses his intensity a different way in his cover of “Don’t Think Twice, It’s All Right.” Each verse begins quietly, grows more vehement in its second half, and returns to quiet when it’s time to say the title. It’s a dramatic reading, nothing slapdash about it, which the song’s author would surely appreciate.

Arguably the most explosively joyful song the Cure ever came up with, “Friday I’m In Love” loses all its TNT in Rosenthal’s cover, becoming a quiet meditation that he sings in a high tremolo, recalling Anohni‘s voice in places. It’s a song where the title is understood rather than realized, and is all the more interesting for it.

Robert Hazard wrote “Girls Just Wanna Have Fun,” but it’s Cyndi Lauper’s song now and forever, and not just because she tweaked a few lyrics (from “All my girls have got to walk in the sun” to “I wanna be the one to walk in the sun”) to make it a feminanthem. Rosenthal again turns down the celebratory side of the song, and now it sounds like the girls are wanting something they can’t always get.

Perhaps the biggest departure from the original of these five covers, “Bootylicious” has no itchy guitar sample from Stevie Nicks’ “Edge of Seventeen,” no Beyonce melisma, no sense of proud defiance. Instead, Rosenthal imbues it with gentle piano chords, his own tender croon, and a private acknowledgement of self-worth. I think you can handle this.

Find more on Tom Rosenthal at his website. Listen to more of his covers and originals on Soundcloud.