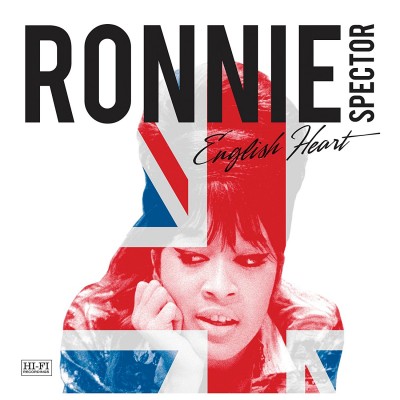 Ronnie Spector was barely out of her teens when the British Invasion hit US shores. This year, in her early ’70s, she released English Heart, an album that dwells on the songs of that era. Her voice may not be what it once was, but her Voice remains as strong; she imbues all these songs with enduring, unfading Ronnie-ness, and without a Wall of Sound in sight to hold her up. When someone a couple generations before you raises her voice, it’s your duty to listen. – Patrick Robbins 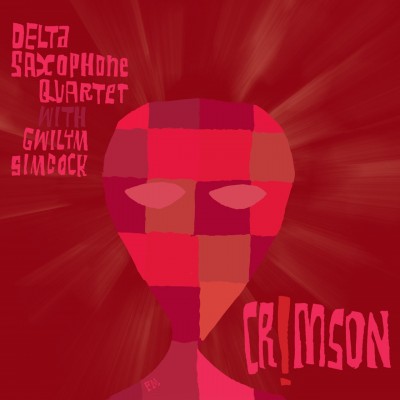 At risk of stating the obvious, King Crimson is not an easy band to cover. Shifting time signatures and odd tonalities make for complex music that can be hard to put one’s own signature on. In teaming up with pianist Gwilym Simcock though, the Delta Sax Quartet have done just that. It’s instrumental jazz that doesn’t polish out the source material’s weirdness. It embraces it. – Ray Padgett 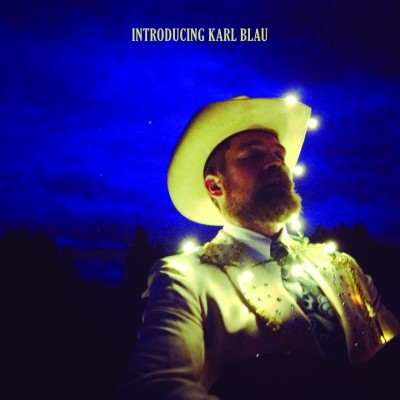 The title Introducing Karl Blau is tongue-in-cheek; Blau has already released 40-some-odd records. But if this is your introduction to him, it’s a beautiful one. He dips into the country catalog for orchestrated, lush covers of folks like Waylon Jennings and Townes Van Zandt. Don’t let the cowboy hat fool you though; this is only a country album in the loosest sense. Strings, horns, and backing singers swirl in and around the unexpected arrangements. “That’s How I Got to Memphis” has been covered many times, but never like this. – Ray Padgett 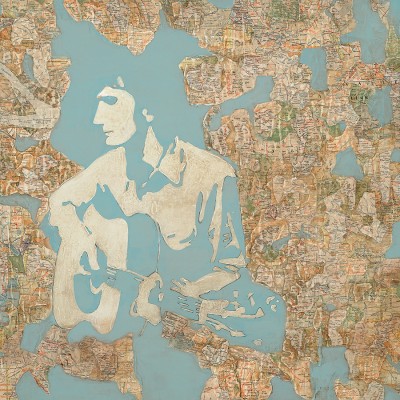 It’s been a great year for covers of a few artists in particular: Prince, David Bowie, Leonard Cohen, and Townes Van Zandt. One of these things, as they say, is not like the other. But though Van Zandt died almost twenty years ago, his songs remain as timeless as ever. In addition to some great stand-alone covers (wait for our Best Cover Songs list), 2016 saw this beautiful tribute album. Though Townes was Texas to his core, these Portland-based artists nail his songs across the board, from Blitzen Trapper’s beautiful “Flyin’ Shoes” the The Minus 5’s raging “Rake.” – Ray Padgett 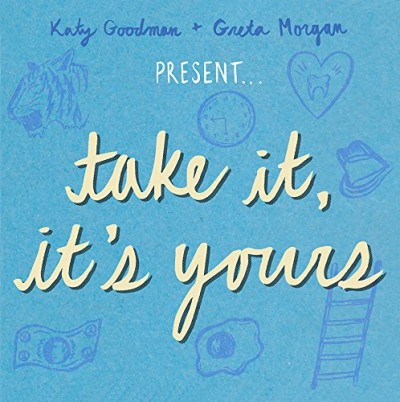 Indie-pop darlings Katy Goodman (La Sera, Vivian Girls) and Greta Morgan (Springtime Carnivore, The Hush Sound) love classic punk and new-wave music. Thankfully, they are terrible at mimicking it. Their punk covers album explores much smoother sailing, from a super chill version of The Gun Club’s “Sex Beat” to a tender and harmonized take on Misfits’ “Where Eagles Dare.” “I ain’t no goddamn son of a bitch” has never sounded so lovely. – Ray Padgett

5. Dustin Kensrue – ‘Thoughts That Float on a Different Blood’
Buy on Amazon 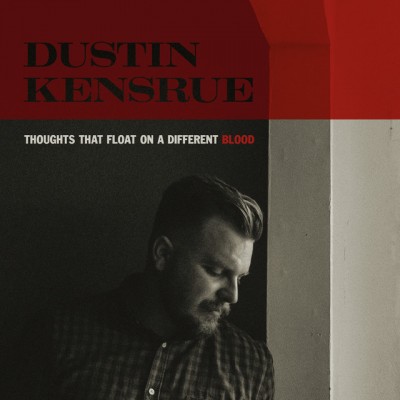 Thrice frontman Dustin Kensrue leaves post-hardcore behind with this live solo acoustic album. His covers are all over the map, from Counting Crows to Tom Waits to Lorde (not “Royals,” either), but they all benefit tremendously by his raw vocals, crying out for understanding to such an extent that you can’t help but hear the songs in a way you couldn’t before. His “Wrecking Ball” is a revelation, and Miley Cyrus has to be grateful that somebody could convey the anguish of her song without bringing states of undress to mind. – Patrick Robbins 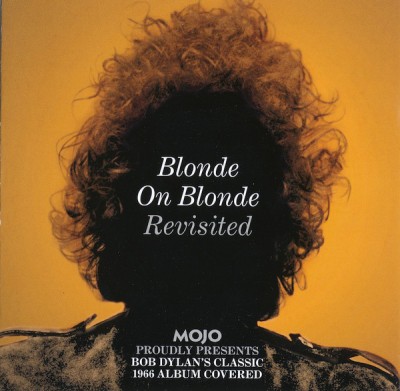 Once a year or so, MOJO Magazine delivers a magazine-only tribute album of new covers of a classic artist or album. Like most tribute albums, they contributions are usually hit and miss. But their latest, tackling Bob Dylan’s Blonde on Blonde for its 50th birthday, is all hit. MOJO gathered mostly newer artists (though not exclusively; “Angel of the Morning” songwriter Chip Taylor’s “One Of Us Must Know” cover is breathtaking) to deliver haunting, gorgeous covers on these classic songs. Michael Chapman does an acoustic folk-stomp through “Leopard-Skin Pill-Box Hat” while Marissa Nadler layers vocals into an ethereal swirl on “Absolutely Sweet Marie.” – Ray Padgett 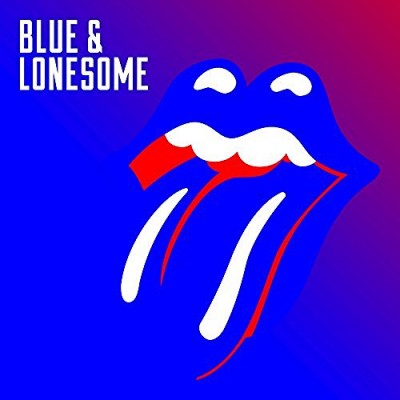 Don’t go looking for rock and roll: this isn’t. And don’t expect some late ’60s blues boom slickness. This is way too unpolished for that, evoking far more the band’s heroes Howlin’ Wolf and Muddy Waters: rough, ready, raw, vibrant. Grown men plying their trade on a set of blues covers. Possibly a bit basic for refined 21st century tastes, but listen between the lines. This is the real deal. – Seuras Og (Read full review) 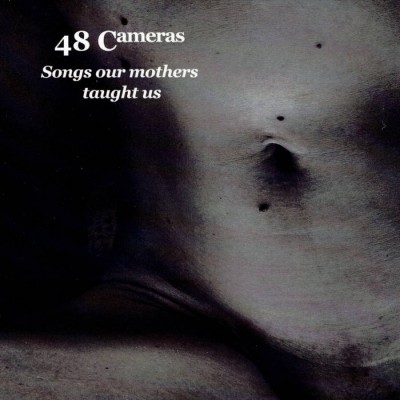 The first comment on the post when we premiered 48 Cameras’ cover of “Jolene” was, “Where can I find this album?” Thankfully, it is now on Bandcamp, and worth the wait. Despite never having met each other in person, 48 Cameras’ over-email compositions are delicate and surprising, totally reinventing oft-covered songs like Bobby Hebb’s “Sunny” and Leonard Cohen’s “Famous Blue Raincoat” as some combination of jazz, folk, and old-weird-Americana. – Ray Padgett 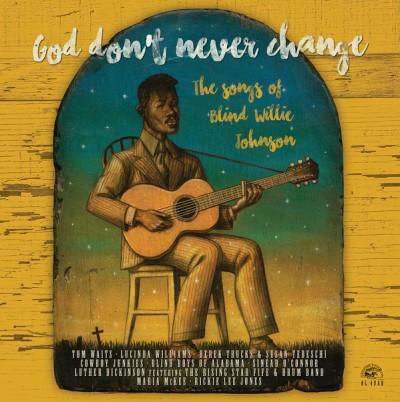 If we focus on the music, as opposed to larger discussions about race, the blues, and this mostly white roster of artists, it is easy to declare God Don’t Never Change as one of the best American roots albums of 2016. However, the album’s success as a collection of music and the ways it negotiates the historical, cultural, and political contexts in which Blind Willie Johnson was working are not mutually exclusive. When it comes to preserving the depth and breadth of the contexts and traditions of American music that informed Blind Willie Johnson’s ecclesiastic but world-weary growl, it helps that the nine artists here – Lucinda Williams, Cowboy Junkies, Sinead O’Connor, and Tom Waits among them – are able to handle the spiritual aspects of Johnson’s work. Even when he was singing about the death of mothers or the influenza pandemic of 1918 – and we get his voice doing exactly that on the Cowboy Junkies track, a trick that works better than it should – Blind Willie Johnson sung praise music. The assembled talent is up to the challenge of performing the songs not just for us, but for God. We are left with a portrait of Johnson that works against the deadly blues stereotype of the magical primitive, singing by instinct and feel. Hearing these songs performed with reverence but not delicacy showcases Johnson’s judicious application of a well-honed craft and fierce artistic intellect. – Matt Vadnais (Read full review)

Listen to most of our picks on this Spotify playlist (except for 48 Cameras and the Blonde on Blonde tribute, which aren’t on Spotify). And check back Monday for the Best Cover Songs of 2016.