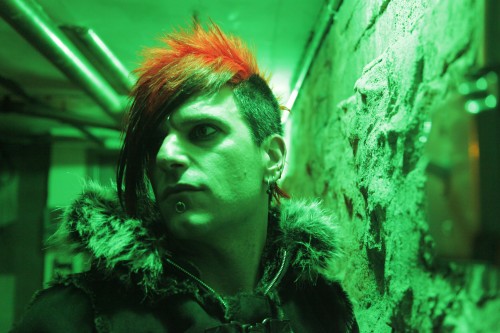 We’ve often discussed what makes a cover song “good.” And while each listener has their own subjective criteria, certain themes do reveal themselves in these discussions. One theme that we tend to highlight is an artist making a song his or her own. It’s probably fair to say Scandroid’s recent cover of Tears for Fears’ “Shout” misses this critical criteria. I’d argue it’s good anyway.

It makes sense that Scandroid, the new project by Detroit producer Klayton, best known for the music of Celldweller, would cover “Shout”. The song fits thematically with the rest of the heavily ’80s-influenced self-titled album. But if it’s been a while since you’ve heard the Tears for Fears classic, you might initially mistake the cover for the original. The vocals are shockingly similar, and although the synths are heavier, the percussion matches the original beat for beat.

The song, however, feels like it’s been upgraded for 2016 with a sped-up tempo and bolder layers of sound that become more pronounced as the song progresses. So even though at first blush it could be easy to write this off as too similar, it creates a kind of staying power by playing on the kinds of sounds we’re used to hearing these days. Check out the video below. (via PopMatters)

Check out more from Scandroid at his Facebook page