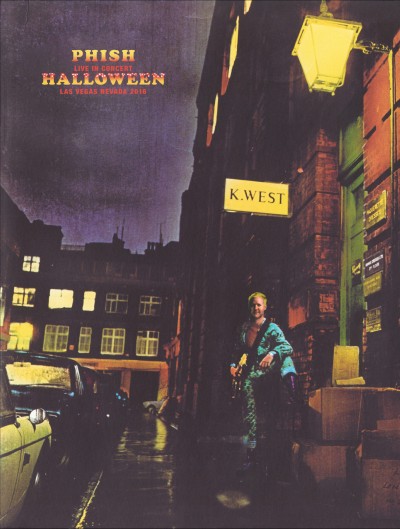 Whatever you typically think of Phish, their Halloween sets are pretty undeniably fun. On and off for years now, they’ve taken the occasion to cover a classic album in full, not announcing which until attendees get there. They’ve done the Beatles’ White Album (1994), The Who’s Quadrophonia (1995), Talking Heads’ Remain in Light (1996), Velvet Underground’s Loaded (1998), the Rolling Stones’ Exile on Main Street (2009), Little Feat’s Waiting for Columbus (2010). And last night they added a new album to the roster: David Bowie’s The Rise and Fall of Ziggy Stardust and the Spiders from Mars.

They deliver an enjoyable performance on it, showing their musicianship (complete with string section and backing singers) without indulging the proggy jamming that you either love or hate. We used to have to rely on bootlegs to hear these, but thanks to live streaming there’s now high-quality video of the full thing to enjoy. Watch it below.