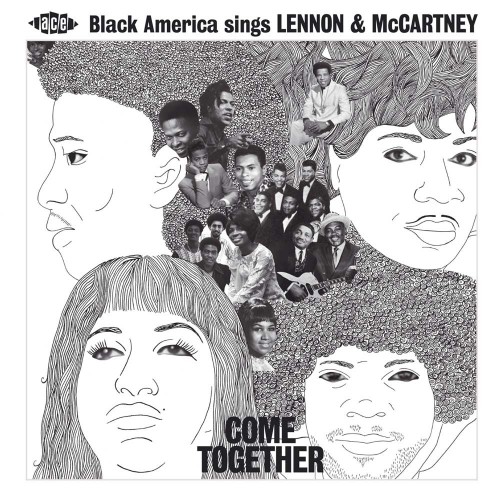 Tony Rounce, the guy at Ace Records who compiled Come Together: Black America Sings Lennon & McCartney, had an easier job than most people who put together tribute albums. For one, this wasn’t an album that required all-new recordings by current bands; Rounce got to cherry-pick the best of the best from the ’60s and ’70s. For another, when the greatest songwriting team in the history of rock and roll is being interpreted by the likes of Aretha Franklin, Otis Redding, and Little Richard, it’s going to be hard not to put together an excellent product.

But Rounce goes further than that, finding little-known artists and little-known tracks by well-known artists. Result: the album is one exciting discovery after another, proving once again that the pop songcraft of Lennon and McCartney flawlessly translates to soul, blues, gospel, and more when left in the right hands. Some of those hands follow…

Chubby Checker – Back in the USSR (The Beatles cover)

“Back in the USSR” is one of the all-time great album openers, and it opens Come Together in the form of a spirited rendition by Chubby Checker. Years past his Twist peak, Mr. Checker shows can still bring listeners out to the dance floor.

Fats Domino may have found his thrill on Blueberry Hill, but he found a bunch more in his rollicking cover of “Everybody’s Got Something To Hide Except Me And My Monkey.” The piano’s got an easy groove to it, and Fats’ warm, friendly voice is one you can’t help responding to. He’s only released a few Beatles covers, not a full album’s worth – ain’t that a shame?

Wee Willie Walker didn’t get the attention he deserved back in the sixties, when he recorded “Ticket to Ride,” his one single for Goldwax Records. Lucky for us, he’s still going strong (here’s his website); last year he released If Nothing Ever Changes, which contained a killer cover of “Help!”

Black Heat is another act that didn’t get its due share of the spotlight, recording three funk albums in the ’70s before fading away. They left a few treasures behind on those albums, one of them being their cover of “Drive My Car”; the Rubber Soul track benefits with the introduction of actual soul to its story of would-be starlet and chauffeur.

David Porter was quite a name for those who studied the Stax label; they knew him as the co-writer of “Soul Man,” “Hold On! I’m Comin’,” and others. The other co-writer was Isaac Hayes, who made an even bigger name for himself as a recording artist. Porter may not have reached Hayes’s level of success on that score, but he got in some solid work, including his urgent cover of “Help!” Lennon was always proud of the song, believing it to have been a true expression of his mindset at the time; Porter can be equally proud of his own work, giving the song a dash of dynamic seasoning.

Come Together can be purchased from Amazon; so can the sequel, Let It Be.