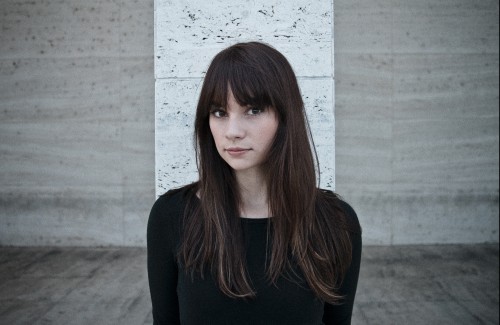 As has happened with a number of Kris Kristofferson songs (“Me and Bobby McGee,” “For the Good Times,” “Sunday Morning Comin’ Down”), “I’ve Got to Have You” was originally a hit for somebody else, Carly Simon. When Kristofferson first recorded his own version in 1974, he turned it into a duet, with his then-wife Rita Coolidge. Forty years later, he’s reprising his part on a gorgeous new cover by Nashville singer/songwriter Audrey Spillman.

Spillman met Kristofferson last year when they both acted together on the upcoming movie Wheeler. She’d given his wife a copy of her new EP and the couple loved it. As Spillman began recording her debut album (Thornbird, out next month), she emailed wondering whether he had any unrecorded songs he might like her to record. His wife suggested instead that Spillman record “I’ve Got To Have You” – and have Kris sing it with her, reprising his part from forty years ago.

“Needless to say, once I came down from that cloud nine, everything fell into place for it to happen,” Spillman tells us. “When he walks into the room, he owns it and has a presence like no one else. We did it in one take, on one mic, facing each other. With all that talent and immense star power, he is so kind, generous, and down to earth. He was very complimentary to me as an artist and writer which meant the world to me. He signed my songwriting book on the set of the movie last year and said ‘Thanks, Audrey… You take me breath away. Peace, Kris Kristofferson’. Needless to say, I have it framed.”

Listen to Spillman and Kristofferson’s new recording of “I’ve Got To Have You” exclusively below.

Check out more Audrey Spillman at her website. Her new album Thornbird featuring this track comes out September 16.