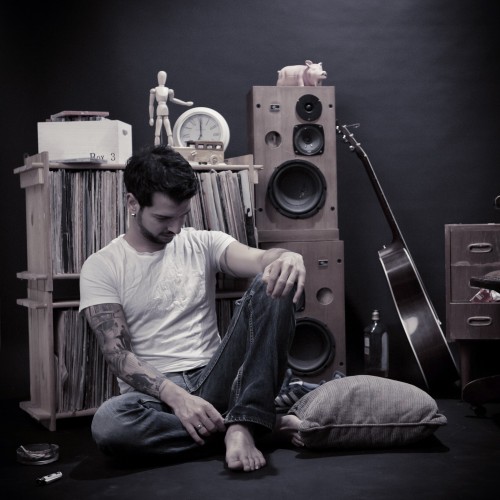 Due to a certain Volkswagen commercial, Nick Drake may be most often thought of these days as an guitar-strumming-songwriter type. But anyone who’s listened beyond Pink Moon knows Drake’s first records were elaborate orchestral affairs helmed by producing legend Joe Boyd, the man behind Fairport Convention and early Pink Floyd. One of those ornate beauties is Drake’s debut album Five Leaves Left (we posted covers of every song a few years ago), which contains the stunning single “River Man.” And on his soaring new cover, Israeli singer Jozzef pays tribute to the orchestral side of Nick Drake with his own layered production. Instead of just orchestra, though, Jozzef adds in more modern touches like layered vocals and even the occasional subtle synthesizer.

Though he’s not a well-known name here, Jozzef’s face is a familiar site in his native Israel, where he has toured with many of the country’s most famous musicians – he even played for the Pope, backing popular singer Liel Kolet. And now he’s stepping out on his own. If he’s not quite at Pope-level yet as a solo star, his new cover of “River Man” shows a lot of potential. Listen to it below.