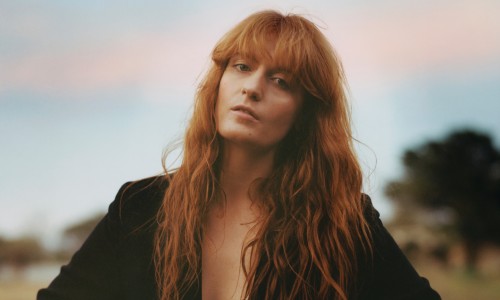 On Florence and The Machine’s most recent album How Big How Blue How Beautiful, much was made of the absence of Florence Welch’s trademark harp. Well for any early fans who missed it, the harp is back in full force on her new cover of Ben E. King’s classic “Stand By Me.” It’s a very different song choice than the Justin Bieber and Skrillex song she tackled last year! The cover was teased months ago as part of the Final Fantasy XV video game, but the full version just came out on a new EP.

This sort of heavy orchestral production would swamp most singers, but Welch’s voice is bold enough to soar above the mountains of strings. You can hear it in a new lyrics video. As someone who doesn’t play Final Fantasy, I’m not sure what value the visuals offer here, but maybe if you know the game it adds something (and if not, you can be like me and ignore them).

Check out the full ‘Songs From Final Fantasy XV’ EP on Spotify.