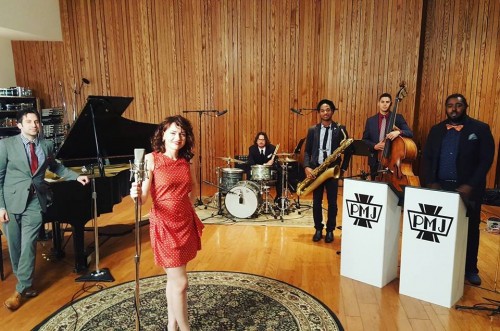 A few weeks ago I was having a discussion with my friends about Bon Jovi’s best song.  Of course, there were plenty that chose “Livin’ On a Prayer” or “Bad Medicine”.  Even a couple of votes for “It’s My Life”.  My friend, Steve, chose “Bed of Roses”.  (I still don’t know if he was joking or not.)

My vote went to “You Give Love a Bad Name”.  For me, there is not a better Bon Jovi tune.  So when I heard that the amazing Postmodern Jukebox did a cover of this song, I had to write about it.

Jukebox founder, Scott Bradlee, wrote on their website that being from New Jersey, he’ll “never turn down a chance to cover some Bon Jovi.”  As a reader of Cover Me, you may at least heard of cover performers Postmodern Jukebox – but if you haven’t had the opportunity, this is a great place to start. Teaming up with Jennie Lena, the 2016 finalist of The Voice of Holland, they takes the seminal headbanger to a whole new level. Even Adam Levine posted on his Facebook that it’s an “Amazing Cover!!!” (And yes, he even added all three exclamation points.)

If that’s not enough for you, just give it a listen yourself.