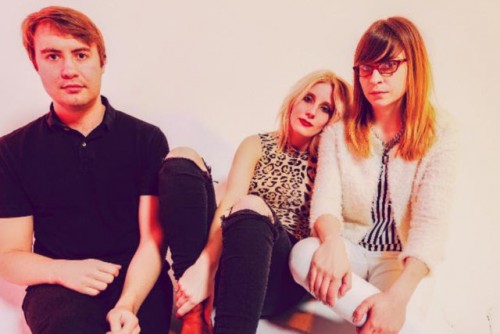 Like most people who say they love Guns N’ Roses, I’ve only listened to Appetite for Destruction, “November Rain,” and the deep cuts like “Sweet Child O’ Mine” and “Cherry Pie.” Like most jealous people, I make fun of the things I love the most, and I know that I’ll never write as good hard rock music as Guns N’ Roses.

And like most people with ears, I really like White Lung, the Vancouver garage-punk trio whose latest release, Paradise, is one of the better albums of 2016. So I was happy to hear the group’s acoustic cover of Guns N’ Roses’ “I Used To Love Her” performed on SiriusXMU. I didn’t know White Lung were fans of Guns N’ Roses, though now it’s obvious when I listen, and I wasn’t familiar with this GNR song off G N’ R Lies, the 1988 EP released after Appetite for Destruction that also includes the hit “Patience.”

Like most things Axl Rose says out loud, the lyrics seemed pretty silly until I heard someone else sing them and realized how screwed-up they are. Thanks to Mish Barber-Way, whose voice is perfect for any power ballad, I can now clearly hear that Axl is talking about killing his lover and burying her six feet under in his backyard…in the name of love?