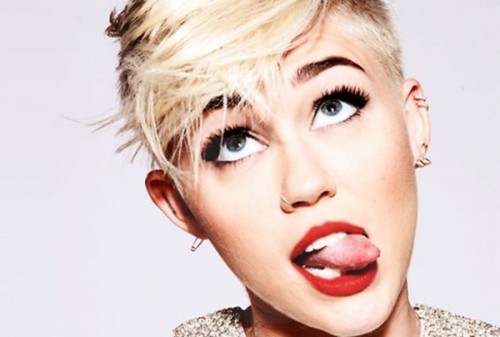 I’m sure when Maya Rudolph and Martin Short booked Miley Cyrus to be the first musical act of their new variety TV show, NBC’s Maya & Marty, they expected Cyrus to perform naked on a glittered bulldozer while singing The Fall or Pasty Cline. Unfortunately, the second best case scenario happened: she gave a really tasteful, and really good, live performance.

Cyrus has been on a covers kick lately (good for us), most likely channeling different influences to gather inspiration as she figures out her next move. For now, she’s settled on Leonard Cohen and Peggy Lee, two artists who are just as tastefully old school as the idea of a variety show in 2016 hosted by two of SNL’s better veterans.

Cyrus, a better singer than most people are willing to admit, starts her performance with Cohen’s “I’m Your Man,” appropriately sounding mournful and deprived of love while wearing a black tux and top hat (you should only be allowed to cover Leonard Cohen if you’re dressed for a funeral). She then literally rips into Lee’s more upbeat and sultry blues “I’m A Woman” joined by Rudolph. Watch below.

Makes you wonder, though – where was Jack White in all of this?