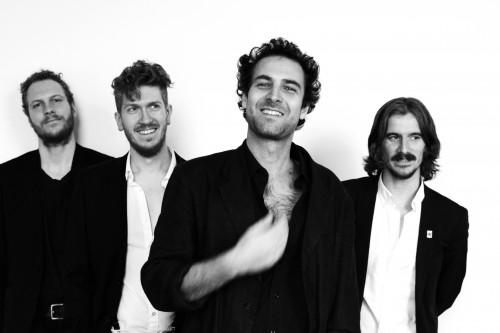 When Motörhead’s Lemmy Kilmister died, hard-rocking cover tributes poured in from the likes of Dave Grohl, Alice Cooper, and Slash. The covers tended to be a lot like Lemmy himself: loud, brash, unapologetic. Now, Brooklyn quartet Heaven’s Jail have paid tribute with a very different sort of cover. Spacey and haunting, their version of “Capricorn” ditches the huge riffs and slows things down – way down.

“I highly doubt I will be asked to contribute to any of the inevitable Motörhead tribute albums I sure we’ll see, but I’ve always been an admirer of the band,” says Jail frontman Francesco Ferorelli. “They were great and Lemmy was a source of inspiration. He lived his time on earth completely for himself but paradoxically in the most generous way possible. I strove to digest the song and render it as a Heaven’s Jail song, while still retaining the original spirit. Also Lemmy and I share the same birthday so this song chose me.”

Listen to Heaven’s Jail’s cover of Motörhead’s “Capricorn” exclusively below.

Heaven’s Jail just released their terrific new album ‘Widow’s Work’. Download it on iTunes, or get the vinyl at Bandcamp.