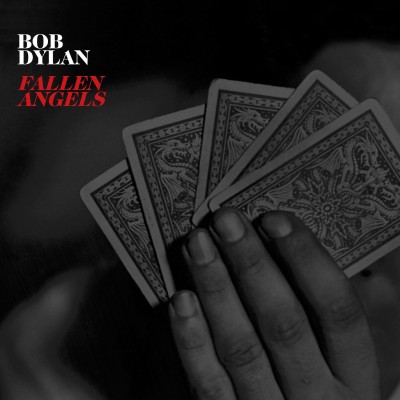 For Dylan, an artist who started off covering and emulating others, this late career move into full-on covers territory offers something of a full circle conclusion to his undeniably impressive body of work. What’s most startling, however, is his choice of material to explore in the twilight of his years. Beginning with 2015’s Sinatra tribute album Shadows In The Night, Dylan began to show a side of himself rarely seen. Gone was the social commentator and mystic poet, replaced by an aging crooner picking up the mantle of musical preservationist and interpreter and seemingly enjoying himself immensely in the process.

But given his penchant for Americana, mythologizing and the history of popular song, his embracing the Great American Songbook would seem a logical evolution. After all, there’s a fine line separating the work of Woody Guthrie and Frank Sinatra: both were legends in their chosen idiom and each knew how to convey their distinct messages to the people in song; each contributed immeasurably to the vernacular of modern popular song. In this, Dylan is essentially paying homage to his forebears, much in the same way his body of work has been lionized by both his peers and subsequent, younger generations.

That his voice lacks the usual strength associated with those pop musicians who make the leap – think Harry Nilsson’s exceptional A Little Touch of Schmilsson In The Night for an early example – ultimately proves to be of little consequence. Given his unimpeachable position as an icon for the ages, at this stage of his career no one will tell Bob Dylan what he can and can’t do. In this, we get what appears to be yet another phase of an already multifaceted career. And what an oddly fascinating phase, continued here on Fallen Angels, this latest chapter is proving to be.

Who in 1965 would have ever guessed that the recent folk pariah and newly-minted rock icon would one day be crooning his way through something like “Polka Dots and Moonbeams,” “Young At Heart,” or “It Had To Be You”? But given the number of twists and turns his career would subsequently take, this seeming left turn, for the reasons mentioned above and more, makes perfect sense. Not only that, but it proves to be highly successful; his wizened voice sitting comfortably in the lower reaches of his limited range, only occasionally straining for the higher notes. In this approach, Dylan gives forth an emotional vulnerability that would have been inconceivable some fifty years ago. Here we get a perfect example of an iconic artist easing into old age on his own terms.

Cannily opening with a steel guitar-lead “Young At Heart,” Dylan sets the stage for what is to come. Here he embodies his own lyric, finding himself the young man he desperately sought to avoid at the start of his career. Indeed, he was so much older then, he sounds much younger than that now. There’s an underlying element of what can only be described as sheer, quietly contained joy informing his performances, long since having sloughed off the “voice of a generation” burden to become the artist of his choosing.

While his voice here certainly shows its weak spots – a crack here, gently wavering pitch there – it ultimately proves to be his strongest asset as an interpreter. Playing to his strengths, Dylan sticks to almost quietly conversational material that allows him to comfortably inhabit each without ever feeling forced. With minimalist backing throughout, Dylan manages to take full command of his limited range, often sighing his way through the more difficult passages to mask his shortcomings (see “Polka Dots and Moonbeams” in particular).

Keeping things at a slow, after hours simmer throughout, Fallen Angels plays as a perfect late night album – a companion piece of sorts to Touch of Schmilsson. Only on “Skylark” does he push the tempo just beyond that of a slow shuffle. It’s clear he is in no hurry and his measured performances inform this. “Young At Heart” finds Dylan taking his time, encroaching on early Tom Waits territory with the raspy burr of his voice sounding alternately downcast and optimistic.

Ultimately, Dylan’s vocal quirks on Fallen Angels put him in the same inimitable category as Jimmy Durante. In fact, Durante was 71 when he recorded his classic Jimmy Durante’s Way of Life…, four years younger than the now 75-year-old Dylan, making the connection all the more valid. By using their vocal shortcomings to their advantage, each inhabits an identifiable, distinct character who takes on something of a grandfatherly role and showing that anyone can sing if their heart is truly in it.

Taken within the context of his voluminous discography, Fallen Angels is not a Dylan record in the recognized sense of the term. Rather, Fallen Angels is the result of Dylan having made a record. No more, no less, Fallen Angels is to be taken on its own terms, enjoyed at face value and treasured for the pleasure it gave Dylan – check the barely contained on-mic laugh near the end of “Old Black Magic” – and will likely give all but the most jaded listeners.

‘Fallen Angels’ is available at Amazon.