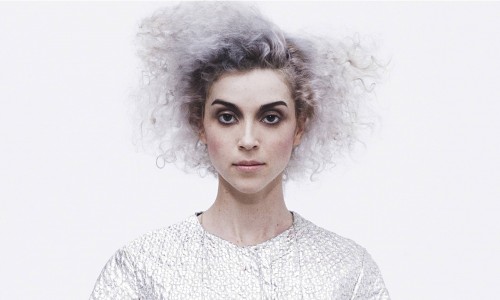 The Berkley College of Music graduate shares her cover of the Stones‘ “Emotional Rescue” featured on the highly acclaimed film’s soundtrack – which garnered the Soundtrack Stars Award at last year’s 72nd Venice Film Festival, where the movie made its premiere in September.

The cover sees St. Vincent release her inner Mick Jagger with a funky and fun cover of the Rolling Stones track, featuring a playful bass line, infectious beat and Terrace Martin with some gentle saxophone whispers. On listening to this, it’s no wonder the film won the aforementioned soundtrack award.

Regarding the film, Annie Clark had this to say:

i saw an 11 AM showing of “i am love” at the sunshine cinema on houston street. i walked out of the theater in a daze, wandered into a nearby church, found the last pew, and wept for an hour. so when luca asked me to be involved in his latest film, i said yes a thousand times and then once more. luca, tilda fucking swinton, ralph, matthias, dakota– all made a beautiful film. so proud to have worked with sounwave(!!!) and terrace martin(!!!) on this stones track. they are a dream team. hope you enjoy. xx (via Stereogum)

While the film has indeed been shown in Europe, it has yet to reach American screens, with the thriller set to be released later this year in May. Keep an eye out, and in the meantime, listen to St. Vincent’s cover down below.

Keep up with St. Vincent here.