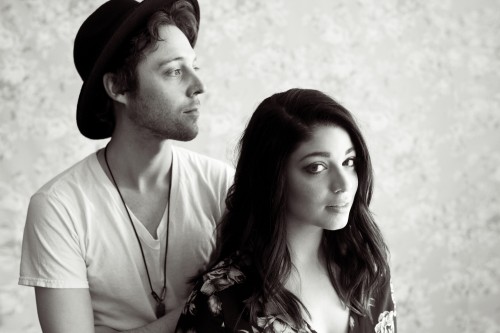 It’s hard to believe given their 2000s-era upbiquity, but it’s been six years since the last Black Eyed Peas album (ironically called The Beginning). That doesn’t mean their many massive hits have stopped attracting listeners though, or new covers. The latest winning Peas cover comes from Roses & Revolutions, a Rochester duo who have toured with the likes of The Head and the Heart and Ingrid Michaelson.

They duo breaks down the Peas’ “I Gotta Feeling” to its core components for a slow and haunting cover. The new slow-burn crescendoes make the lines about how awesome tonight’s gonna be sound like dark foreshadowing (this could easily be one of those ominous covers that keep appearing in trailers for horror movies).

“Everybody knows it as the uptempo party song,” they tell us. “We re-harmonized the chords, changed the melody, and put it over an eerie beat. All of a sudden, the words took on a whole new meaning, and the song took a creepy and haunting twist.”

Listen to their “I Gotta Feeling” cover exclusively below.