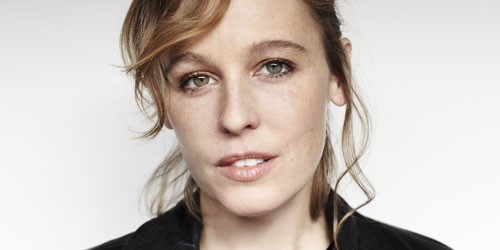 Here are five great covers by Tift Merritt to start you off.

Joni Mitchell‘s song “For Free” is a lament about the way that music becomes about something other than just the playing once a musician becomes famous. Tift Merritt’s cover is vaguely ironic, then; she’s probably making a very good living, but she’s certainly not playing for “fortunes,” like the song says. What is clear in Merritt’s version of the song is that music has become a job. The moaning lap steel in her cover version bemoans the sadness as she discovers this while watching the clarinet player in the song. It doesn’t take a lot of money to change what you love into just what you do.

Sometimes we leave and can never come back. Tom Waits‘ voice is the perfect vehicle for such heartbreak; it’s broken, weathered, and careworn. It’s the auditory equivalent of an old car held together with chickenwire, duct-tape, and dreams. So it’s always interesting when someone covers one of his songs, because no matter who it is, their voice just isn’t going to carry that same amount of pain. Tift Merritt realizes this on her cover of “Train Song” and instead shoots for a bittersweet feeling. The pain as she sings about no train being able to get her home again is somehow almost pretty. The carnival music of the original is replaced with intricate guitar picking, as if the only way Merritt can deal with her loneliness is to make such a beautiful noise that she can deal with the loss while the song goes on. The pain remains, but as long as there’s a song, she can make it through.

Tift Merritt – I Live For You (George Harrison cover)

George Harrison’s “I Live For You” is a fitting choice for a Tift Merritt cover. It already features a sound very close to her own brand of country, with its focus on the pedal-steel and plaintive lyrics. Merritt’s version comes from a concert she performed without her backing band. Interestingly, for a song so close to her sonic wheelhouse, she strips it down and performs with only a piano for instrumentation. The choice makes the song more universal, a simple declaration of intent that transcends genre. The way her voice cracks on the last note is touching, her emotion so strong for the object of her devotion that it’s more than the simple vehicle of a human voice can carry. The most basic emotions are the strongest, after all.

By this point, everybody has heard the original version of “Danny’s Song” at some point in their lives. The Loggins and Messina classic shows up in movies, TV shows, commercials, and on countless soft-rock stations. It’s probably playing in a dentist’s office near you right now. Merritt understands the reason for this: It’s a damn fine sentiment. Her version keeps the sweetness but keeps it from treacle-territory by keeping it as honest as possible. The way her voice blends with the male voice singing harmony on the chorus adds something deep to the song, almost as if it’s a celebration by both members of the couple mentioned in the lyrics. There’s a bright, simple joy to her version, even if the steel guitar at the end when the song suddenly drops away adds just a hint of melancholy. And why not? Anyone who’s ever welcomed a child to their family knows that that new stage of life comes with at least a little trepidation. Luckily, the joy overshadows that fear.

Johnny Nash’s “I Can See Clearly Now” is a celebration of letting go of the things that have held us back. His reggae-tinged number-one hit is instantly recognizable, full of bold instrumentation as it paints in broad strokes its picture of bad things passing by. Tift Merritt takes a swing at this one on Night, her 2013 album with Simone Dinnerstein. Instead of raucous celebration, the pair come up with a song that’s sounds more like relief. Merritt’s guitar provides a driving momentum, pushing things forward into the future while Dinnerstein’s piano adds a lightness, as if cares are being dropped by the side as the narrator moves on, providing a catharsis that is often needed as we put our burdens down.

Tift Merritt’s website can be found here. You can check out her music on Amazon.