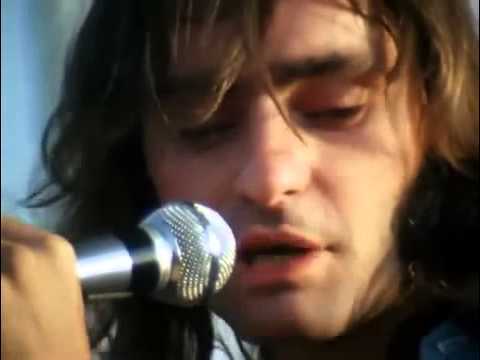 But a lack of name recognition, and a relatively indifferent solo career, cannot detract from your accomplishments, Marty. Sure, your star might have dimmed in comparison to Slick’s beautiful, outrageous mess, and you might have lost control of what you created, leaving and returning over the years. But many of your songs have proven to be timeless, while the drug/psychedelic/experimental tunes that surrounded yours on albums now sound dated and even silly.

Marty Balin, born Martyn Jerel Buchwald in Cincinnati, Ohio, on January 30, 1942. His family moved to California, ultimately settling in the San Francisco area. He was an artist, a dancer and a sculptor. After Johnny Mathis heard him sing in a local production of West Side Story and encouraged him to turn pro, in 1962, Martyn changed his name to Marty Balin and released two songs on the Challenge label. After they went nowhere, Balin then performed with a Weavers/Kingston Trio influenced folk group, the Town Criers, again with little success.

By 1965, Balin was a partner in a San Francisco club, The Matrix, and had formed the Jefferson Airplane. The band released a couple of singles, and then a debut album, Jefferson Airplane Takes Off. The songwriting and singing on this album was dominated by Balin, who received writing or co-writing credit on all of the original songs, and sang lead on 7 of the 11 tracks (and co-lead on another).

After the debut album was finished, singer Signe Toly Anderson (R.I.P.) gave birth to a child and left, to be replaced by Grace Slick, and the focus of the band began to shift from Balin. On the Airplane’s second album, the classic Surrealistic Pillow, Balin received writing credit for fewer than half of the tracks and while his vocals still dominated, it was Slick’s distinctive songs that became seared into the world’s consciousness. After that, the Paul Kantner-Slick personal and musical partnership steered the band’s sound toward a heavier, psychedelic rock sound, and away from Balin’s favored ballads.

Volunteers, the Airplane’s fifth studio album, would be Balin’s last with the band. Although his voice is present in a number of songs that featured the Airplane’s distinctive three-part harmonies, his one lead vocal (and one co-writing credit) was still a great one—the angry, rocking title track. Then, as a result of his dissatisfaction with the band’s direction, the hard drug use of his bandmates, and the death of his friend Janis Joplin, Balin decided in 1971 to leave the band; they continued on without him, with diminishing results, and splintered into a number of solo/side projects.

For a few years, he stayed out of the limelight, producing an album for a band named Grootna, and joining Bodacious D.F. for their debut album (which has its charms). In 1974, he was approached by Kantner (R.I.P.), to co-write a song for the new Jefferson Starship, which became the long ballad “Caroline,” and Balin made a special guest appearance to sing it on the band’s debut album Dragon Fly. He joined the Starship full-time for 1975’s Red Octopus, which featured a few Balin lead vocals, most notably the massive hit “Miracles.” Balin stayed with Starship for another two albums, and a few of his songs charted, but by 1978 he was gone again, returning only for sporadic reunions that received little notice outside of the band’s most hardcore fans. Meanwhile, without him, a version of Starship released what may be the consensus worst rock song ever.

Not that Balin’s solo career has been filled with glory, but at least he knew when to leave an artistically sinking [Star] ship. His first post-Starship project was a rock opera called Rock Justice (which he did not sing in), followed by his first solo record, 1981’s Balin, which included two soft rock top 40 hits. The next album tried, unsuccessfully, to move in a slightly harder direction, and it includes a not-terrible cover of the excellent song “Heart of Stone,” by SVT, a new wave band that featured former Airplane bass player Jack Casady.  Balin joined up with Kantner and Casady to form the KBC Band for an album that got some airplay, before releasing another solo album, Better Generation, that had good songs and performances, but no promotion. In the years since, he has continued to release albums that mix ballads, rockers, and remakes of older material without much commercial success, despite the fact that his voice continues to sound great. A new album, The Greatest Love, is scheduled for release in February.

Balin lives in Florida with his wife. In addition to continuing to perform and record, he has painted for years, and sells his art at his gallery in St. Augustine.

So, Marty, we wish you a happy 74th birthday, with a selection of covers of your songs (other than the ones we featured in our Full Album treatment of Surrealistic Pillow).

In a very friendly gesture, the first song on Jefferson Airplane’s first album is sort of an introduction to the band. “Blues From An Airplane” is a sad song about a lonely man—appropriate, as Balin co-wrote it with drummer Skip Spence, pre-Moby Grape and pre-mental breakdown. Marquis Mark and the Very Mysterious, a self-described “acoustic power trio, from the Cloquet, MN area” (home of the only gas station designed by Frank Lloyd Wright), swap the gender and shift the song slightly from bluesy to folky.

Balin reportedly wrote “Today” in an unsuccessful attempt to meet Tony Bennett, who was recording in the same studio; instead, it became one of the Airplane’s most beautiful songs. If this is true, it presages Balin’s future career as a MOR crooner, even as he was starting his career as a hippie revolutionary. Ulver, a Norwegian band that started out playing black metal before broadening their sound, released an album of 1960s covers in 2012, called Childhood’s End. Their version retains the quiet beauty of the song, but adds a sense of foreboding that makes the original’s relatively straightforward profession of love more ambiguous.

Another Balin co-write, this time with Kantner, “Volunteers” was the title track of the Airplane’s most political album. Unusually for Balin’s songs, “Volunteers” rocks pretty hard, and it is an unabashed and open cry for revolution. The song was inspired by a truck, owned by the charity Volunteers of America, that woke Balin up one morning. Coincidentally, the Airplane had an early morning slot on the Sunday morning of Woodstock, and performed a great version of “Volunteers,” possibly waking up some of the concert goers (although the Who’s set had ended at 6:05 a.m.) This cover comes from Italian band Venus in Furs, who were chosen to perform the song both on an album commemorating the 40th anniversary of Woodstock featuring covers by Italian bands, and at Italia Wave Love Festival 2009, which is where the hard-edged, somewhat sloppy live performance featured here comes from.

“Miracles” is a perfect example of mid-70s popular rock music. And as a number-three hit from a number-one album, it was very popular indeed. The production is pristine, the playing and harmonies are top-notch, Balin’s voice is supple and sexy, and the song is, as one critic wrote, a “little masterpiece of pop pillow talk.” The end result: one of those songs you either love or hate. Maybe that’s why, despite its popularity and continued radio and satellite play, there aren’t all that many covers of “Miracles.” This cover, a truncated soul/R&B version by Res (pronounced “Reece”), a singer from Philadelphia, appeared on the soundtrack to the Jennifer Lopez/Ralph Fiennes/Natasha Richardson rom com Maid In Manhattan. It isn’t bad, but it lacks the relaxed sultriness of the original.

Balin’s last album with Jefferson Starship was Earth, and its song “Count on Me,” written by Jesse Barish and sung by Balin, is yet another well-crafted and well-performed ballad that clearly was radio-friendly, evidenced by the fact that it hit No. 8 on the Billboard chart. For our cover, we head to Brazil, and a live performance by a São Paulo based band, Bucaneiros (“Buccaneers”), from what appears to be a small bar. It’s a pretty good, tight version, and the song works well with female vocalist Ana Galian taking the lead. Compare that version with this one, from 2014 by the band billing itself as Jefferson Starship, with vocalist Cathy Richardson, who sang with the group from 2008 through late last year (and who also sang Janis Joplin’s parts fronting a version of Big Brother and the Holding Company from 2007-2011), singing Balin’s part. This begs the question—is that also a cover, despite the presence of two people who played on the original?

Another Jesse Barish composition from Balin’s first solo record, “Hearts” also peaked at No. 8. But although it is a pleasant, pretty song, to these ears, it suffers in comparison to “Count on Me,” which had more energy, better supporting musicians, and less dated-sounding production. Stripping down the song to just vocals and guitar gives it more immediacy, as can be heard in this cover by Molly Conlan Sanft, a musician and singer originally from Minnesota, currently living and performing in the Nashville area, who has an excellent and popular YouTube channel.

Pick up the cry, and grab some of Balin’s best at Amazon. Don’t forget to check out his Airplane and Starship tunes, and learn more at his website. But under no circumstances should you ever buy “We Built This City.”