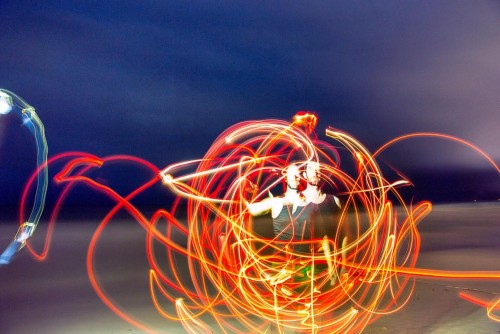 Remixes have a long history in the world of electronic music, the favored way there for and artist to reinterpret another’s work. As a result though, the abundance of EDM remixes leads to a dearth of EDM covers. That remix/cover divide is starting to break down though, most notable by superstar dance producer Avicii, who has recently recorded covers of Antony and the Johnsons and Nina Simone. And now we have another dance music cover we’re proud to premiere, by The Adversary.

A DJ collective fronted by Andre Mistier, the Adversary brings some serious serious house music chops to a dramatic reinterpretation of Prince‘s “When Doves Cry.” Three years ago we heard them cover The Flaming Lips and we’re pleased they’re back with another. But while that Lips cover delicately walked the line between dance music and indie rock, their Prince cover runs straight into the club. It’s loud, pounding, and doesn’t let up during its eight-minute run time.

Mistier said in an email to Cover Me: “It’s hard not to feel like you’re flying when you tap such a deep vein. Who isn’t excited, inspired and elevated by Prince, and when the pieces of this track came together I felt like I was both flying and landed at the same time.”

“When Doves Cry” comes off the Adversary’s upcoming EP Chapter 3: Falling is Flight. Listen it exclusively below.