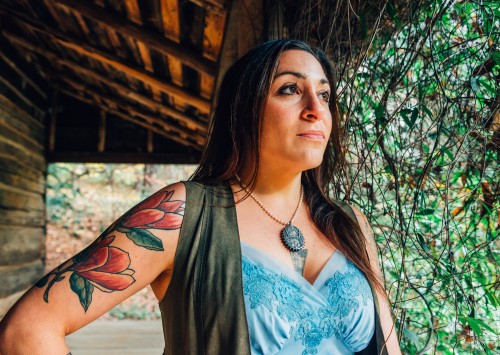 North Carolina singer-songwriter Jane Kramer says her new album Carnival of Hopes is about facing down inner demons while still clinging to “that tiny chirping of light in your bones that somehow keeps you tethered to keeping on.” And if that sounds like the sort of perseverance Tom Petty writes about, well that might not be a coincidence. The only cover on the album is a relatively obscure Petty track, “Down South” off his underrated 2006 solo album Highway Companion.

Kramer got her start performing Appalachian ballads in the Blue Ridge Mountains, and her past shows here. Where Petty’s version mixes roots-music impulses with Jeff Lynne’s typically lush production, Kramer’s cover takes “Down South” all the way into Americana territory. Banjo and a slight twang make it sound far more like the south than Petty’s does.

“I’m a huge Petty fan and love the poignant simplicity of his writing,” Kramer says. “Additionally, and probably what was most important to me was the message of the song thematically, about returning home to the south and its little idiosyncrasies.”

Listen to “Down South” exclusively below.