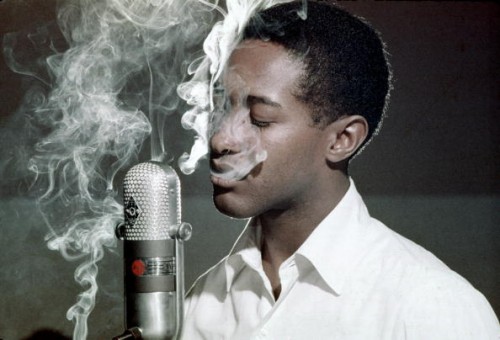 “Summertime,” one of the most covered songs in music history (just ask The Summertime Connection), has always inspired masterful performances. The song weaves simple yet potent lyrics with a slow, steady harmonic progression, paving the way for poised renditions, yet its strengths allow the artists to freely improvise this musical masterpiece to make it distinctly their own. Covers range from chilling and ominous to sultry and even joyous, always maintaining the song’s soulful cool. Most importantly, “Summertime”‘s depth provides a canvas for inspired artists to create breathtakingly beautiful art.

Written and composed by George Gershwin for his 1934 operatic production of Porgy and Bess, “Summertime” is sung throughout his opera during distinctly different settings and moods, a true testament to its versatility. Gershwin’s goal while writing “Summertime” was to create his own spiritual in the style of the African-American folk music in the southeast United States from the early twentieth century. The lyrics were provided by DuBose Heyward, the author of Porgy, the novel from which Gershwin’s production was derived. Gershwin’s impact is still felt deeply today – his influence gets conjured up anytime someone says “To-may-to, to-mah-to” – but “Summertime” has been hailed as perhaps his finest work, and certainly his best-loved.

With tens of thousands of “Summertime” covers to choose from, some covers are bound to be more equal than others; standouts include Al Green, Billie Holiday, Miles Davis, John Coltrane, Charlie Parker, Sarah Vaughan, and Sublime (in their own way). The following five covers breathe their own special rarefied “Summertime” air.

The beautifully ominous strings introduction gets shattered by Louis Armstrong’s lone piercing trumpet. The song then transitions to Ella Fitzgerald’s silken vocals, which give way to Armstrong’s gravelly second verse (where you can hear him giggling and talking softly in the background, if you listen closely). When the two jazz icons meet for the second singing of the chorus, the combination of Ella’s silk and Louis’ gravel-scat, achieves pure magic. To have been a fly on the wall during these recordings…

Sam Cooke’s cover of “Summertime” combines elements of his trademark molasses IV drip vocals with an impossibly smooth, crisp and controlled delivery. Along with a driving drum beat and bass line topped off with gorgeous ghostly background vocals, the King of Soul effortlessly commands “Summertime.”

From their debut album, The Zombies, the Zombies feature a psychedelic keyboard prominently throughout the song, including a nifty solo, along with a faster tempo. The Zombies’ cover of “Summertime” is a less heavy and hypnotic take as much as it is an upbeat soulful pop rendition.

Janis Joplin gets the lion’s share of the credit for Big Brother and the Holding Company’s success, and deservedly so, but don’t sell the guitarists short; Guitar Player magazine named Sam Andrew and James Gurley’s work on “Summertime” one of the top ten solos in psychedelic music history. No other version on this list contains a guitar solo, let alone a back-to-back dual guitar solo attack, like this “Summertime” does. The guitar introduction has a one-of-a-kind, bare-bones hook that grabs you like very few intros can. The band’s instrumental prowess, combined with Joplin’s slow, intimate, out-of-body vocals, will bring a tear to your eye.

With a wall of horns, kick-ass drums, a controlled-chaotic scat-style vocal attack, and a saxophone evocative of a matador’s entrance, Billy Stewart makes the sun explode with his “Summertime” rendition.

A beautifully illustrated children’s book of “Summertime” is available from Amazon.