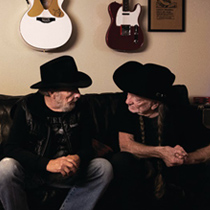 10. Don’t Think Twice, It’s Alright (Bob Dylan cover)
Willie Nelson and Merle Haggard
Listening to this song can get anyone through a difficult breakup and closer to forgiveness. This added benefit, in addition to the song being a masterpiece and one of Bob’s more famous songs, is perhaps why Merle Haggard and Willie Nelson decided to cover it after Bob’s comments about Merle not being a fan of his during his 2015 MusiCares Person of the Year acceptance speech. I had already given this song my heart, but it wanted my soul. – Maryam Motamedi 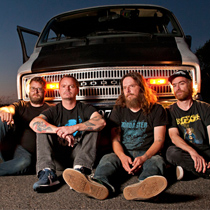 9. Can’t Help Falling in Love (Elvis Presley cover)
Red Fang
A timeless love song in slow, dark metal. The only decipherable ties to the original is the lyrics. Red Fan had “this dark and doomy jam [they’d] been kickin’ around …and thought ‘what if we just record our own song and see if we can make the lyrics fit somehow?’ It’s like the Elvis song entered a red-lit metal den and disguised itself accordingly to pass safely. – Maryam Motamedi 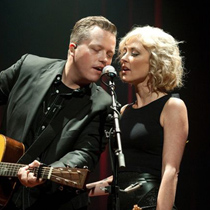 8. Mutineer (Warren Zevon cover)
Jason Isbell and Amanda Shires
Jason Isbell and his wife, Amanda Shires, made last year’s year-end list covering “Born in the U.S.A.” This year, they return to the list doing the often-overlooked “Mutineer” by Warren Zevon. David Letterman even had the duo perform the song towards the end of his show, in tribute to frequent guest Zevon. – Eric Taylor 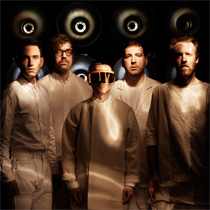 7. Dancing in the Dark (Bruce Springsteen cover)
Hot Chip
When doesn’t Hot Chip impress? Last year they made our Best of list with their deep-cut cover of William Onyeabor’s “Atomic Bomb.” This year, they’ve made it even higher up the rankings with this nearly perfect take on Bruce Springsteen. As the track reaches a frantic peak, the quartet seamlessly mixes in a bit of LCD Soundsystem’s “All My Friends,” an unexpected but welcomed sample. The seven-minute jam highlights everything that makes Hot Chip as memorable as they are: Alexis Taylor’s ethereal vocals, layered synth that doesn’t ask for forgiveness, and the impression that Taylor & company create songs that make you want to dance with reckless abandon out of personal necessity. – Maggie Clancy 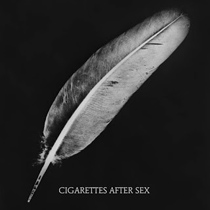 6. Keep On Loving You (REO Speedwagon cover)
Cigarettes After Sex
This is not your father’s power ballad. Cigarettes After Sex takes REO Speedwagon’s “Keep On Loving You” away from the soft-rock champions by making it softer, quieter, gauzier. Their ambient pop changes the lyrics from determination to live a chosen life into a declaration of plans to haunt dreams. The song no longer uplifts; now it envelops, and nothing can stop it from closing in on you. – Patrick Robbins 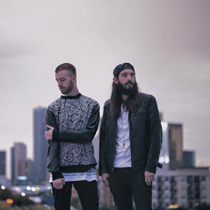 5. Zombie (The Cranberries cover)
Missio
Missio is mysterious, to say at the least. The Austin based artist says his music is “songwriting inspired by minimalistic purism,” and this Cranberries cover is just that. Sparse and haunting, Missio’s take on “Zombie” seems like the it belongs on the soundtrack to a dystopian future, or at the very least an introspective late night chill session. – Maggie Clancy 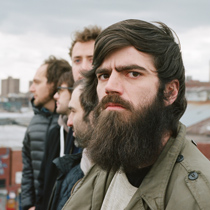 4. I Lost My Mind (Daniel Johnston cover)
Titus Andronicus
Buried in the middle of Titus Andronicus’s 29-song magnum opus The Most Lamentable Tragedy were two songs with the same title: “I Lost My Mind.” One is a Daniel Johnston song, the other an original song inspired by it. A fitting choice for an album about manic depression (among many other things), the cover roars and rages in Titus’s punked-out version. – Ray Padgett 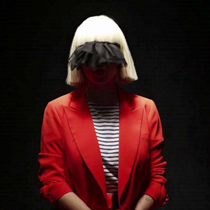 3. California Dreamin’ (The Mamas and the Papas cover)
Sia
Australia has brought us some great artists, like Men at Work, INXS and Air Supply (I just threw in that last one to see if you’re paying attention.) Add mononymous Sia to the list. Sia has had her share of hits, including the catchy “Chandelier.” She also wrote three new songs for the 2014 Annie movie, which earned her a Golden Globe nomination. This past summer, she covered the Mamas and the Papas’ “California Dreamin'” for the summer blockbuster San Andreas, starring Dwayne “The Rock” Johnson. There is a simple reason that this song is so high on our year-end list: It’s amazing. (The movie, on the other hand…) – Eric Taylor 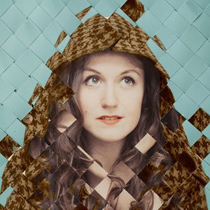 2. The Pretender (Foo Fighters cover)
Tessa Rose Jackson
Tessa Rose Jackson manages to make a cover song that does something only really great cover songs do: she has completely reinvented the song in her own style and yet it is immediately familiar. With handclaps and spiraling banjo taking center stage on the verses and quiet, entwined double-tracked vocals that explode during the chorus, this is an instant classic. – Mike Misch 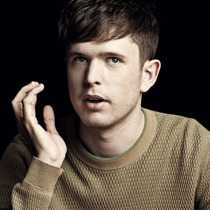 1. The Sound of Silence (Simon & Garfunkel cover)
James Blake
No one will dare disturb the haunting, engulfing sound of James Blake’s rendition of “Sound of Silence”. While James is a master at melancholic echoes, this cover was especially heart-felt as it was dedicated it to a friend of his, who’d passed away last new year’s eve. With his signature voice looping, James fills the silence with heartbreak. – Maryam Motamedi

Tell us what your favorite 2015 covers were in the comments. Here’s a Spotify playlist of some of our top songs (warning: only half of our picks are on Spotify, so it is very incomplete).