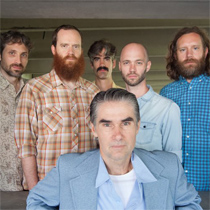 30. Israelites (Desmond Dekker cover)
Jim White vs. the Packway Handle Band
One of the first reggae/ska songs to cross over to the pop charts back in the late 1960s (and re-recorded during the Twin-Tone ska revival with backing by The Rumour), “The Israelites” is covered here by eccentric folksinger Jim White and bluegrass pickers the Packway Handle Band, who joined forces, but felt that “vs.” was a better conjunction for their differing styles than “and.” Not surprisingly, they turn the song into an old-timey folk/bluegrass lament. – Jordan Becker 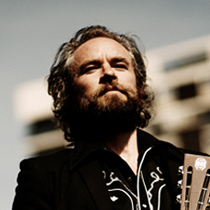 29. Night Flight (Led Zeppelin cover)
Duke Garwood
Harwood desaturates “Night Flight”, scaling what was already a pretty nuanced song down to the bare minimum. While seemingly poking a stick in the Zep fanbase bee hive, the bees seem content to end the song on a mild buzz. – Sean Balkwill 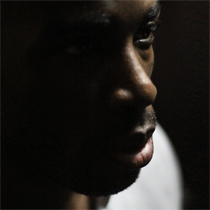 28. Day Is Done (Nick Drake cover)
Tim Amukele
When an artist covers Nick Drake there’s lot of risk involved: his songs have been covered by so many other artists, and the originals are revered. So if you’re going to do it, you’ve got to make it your own. Tim Amukele did that this year with his jazzy number designed for playing in front of a warm fire on a cold night. – Mike Misch 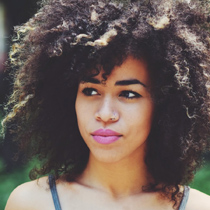 27. Fix You (Coldplay cover)
Kiah Victoria
Kiah Victoria may be a new name here at Cover Me, but the soulful New York native is definitely a seasoned musician – something few would contest after listening to this ambitious Coldplay cover. Victoria takes the well-known mournful organ ballad and transforms it into something dazzlingly different and refreshing. This version is a great example of what a good cover looks like – take note! – Raphael Camara 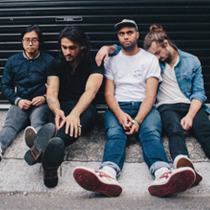 26. All My Friends (LCD Soundsystem cover)
Gang of Youths
The most notable difference between this cover and its outstanding original is the rich sincerity of Dave Le’aupepe’s vocals. Where James Murphy told this tale of diminished youth by obfuscating the pain with the vocal equivalent of a sneer, Le’aupepe hides nothing, growing increasingly growly with each verse and its passing set of years. Despite the painfully earnest approach, things never get lugubrious. A second drummer and a layered math rock riffing serve to add complexity and propulsion in equal measure. This cover, like time for the aging hipster, moves faster and faster as it goes along. – Matt Vadnais 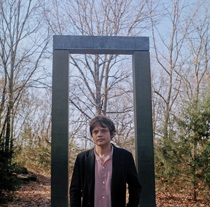 25. She’s As Beautiful As a Foot (Blue Oyster Cult cover)
William Tyler
I defy you to remember or recognize the original, as this starts like all John Fahey-esque primitive american before gradually weaving into a definable melody and structure that just brightens any day. It’s nothing like my foot. – Seuras Og 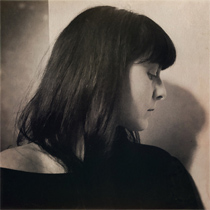 24. Stripped (Depeche Mode cover)
Lotte Kestner
Depeche Mode took industrial music into a more benign direction, but Black Celebration still had its share of teen angst. Lotte Kestner captures the urgency of the original tryst while slowing it right on down to a walking pace where the night is just as ethereal. – Sean Balkwill 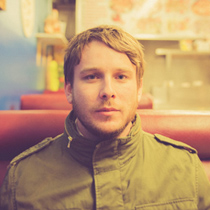 23. Motion Picture Soundtrack (Radiohead cover)
John Statz
The most recent alt-country musician to find a wounded ballad lurking in a Radiohead song, Statz approaches things pretty straight here. The original obstructed the plaintive wailing of the lyrics and naked nerve of Thom Yorke’s vocals with odd clicking sounds and interesting but superfluous instrumentation. Here, the only thing preventing Statz from breaking through to the “baby” who may be “crazy” is the interference of the human heart that causes his voice to break and stumble. This song is drunker than the original, a less ragged and paranoid kind of lonesome. – Matt Vadnais 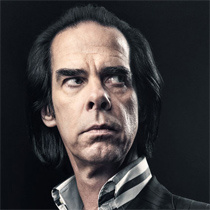 22. Avalanche (Leonard Cohen cover)
Nick Cave
When Nick steps into an avalanche, you feel the weight of that snow. Nick’s low voice would indeed cause an avalanche were it not so measured. His deliberate and sorrowful account was recorded for the pirate adventure TV series, Black Sails and is a far cry from the last time he covered this song back in 1984. – Maryam Motamedi 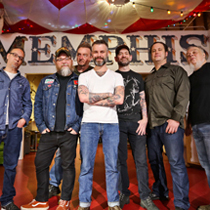 21. I’m in Love with a Girl (Big Star cover)
Lucero
Big Star’s classic Radio City album closes with “I’m In Love with a Girl,” spotlighting Alex Chilton and his acoustic as he enters a world he never realized was available to him. Lucero’s cover (with Big Star’s drummer Jody Stephens on backing vocals, and recorded in the same studio as the original) fills out the song with an alt-country band arrangement, making it stronger and more lush by deepening its roots. They turn “Girl” (whose lyrics gave Lucero their album title All a Man Should Do) from an anxious, pretty sketch into a vivid, wide-open work of art. – Patrick Robbins