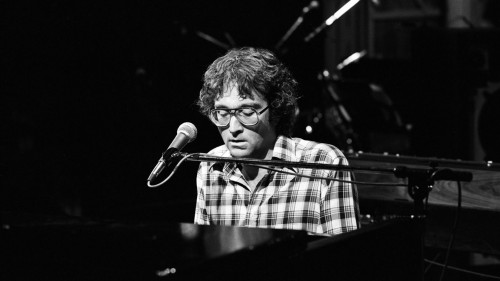 As he celebrates his 72nd birthday today, Newman can look back on a career of critically praised albums, memorable film scores, a couple of fluke hits, twenty Oscar nominations and two wins. He’s the absolute master of the unreliable narrator, which allows him to explore the uncomfortable side of humanity with dark humor. Journalist Paul Zollo writes, “There is no other songwriter who has shown us bigotry, ignorance, and human weakness as convincingly as Randy Newman.” People who only know him as the guy who writes for Pixar movies and gets mocked by Family Guy need to take a closer look; fortunately, many cover artists have been all too happy to take that closer look for us.

Newman’s songs have generated hundreds of cover songs from an unusually wide pool of talent. One wouldn’t imagine Barbra Streisand, the Doobie Brothers, and Stereophonics to have any common ground, but they’ve all covered Newman compositions. The following five songs have been covered dozens and dozens of times each (four of them by Joe Cocker alone), and it was no easy feat picking ones to represent them all. But then, it’s not the birthday gift, it’s the thought that counts, and these are some very nice thoughts for a very good songwriter.

“I Think It’s Going To Rain Today” is an early masterpiece of Newman’s, and hundreds of artists ranging from Nina Simone to Leonard Nimoy have been exploring its echoes of loneliness. Madeleine Peyroux’s cover appeared on Give US Your Poor, a 2006 compilation that benefitted the homeless in America. She takes a song that was already capable of touching you and gives it the extra push that makes it capable of moving you.

Of course, “Mama Told Me Not To Come” is most famous for the Three Dog Night cover that went to number one in 1970, but it was originally recorded by Eric Burdon and the Animals four years earlier, and artists from Wilson Pickett to the Jackson 5 have given it their own spin. Here’s the Wolfgang Press’s cover, showing the song could be just as discombobulating a quarter century after it was written no matter how it was dressed.

Joe Cocker’s signature Randy Newman cover is the stripper anthem “You Can Leave Your Hat On,” but he’s proven his Newman fandom by recording a good half-dozen of his songs. Here’s his version of “Sail Away,” a song about a slaver persuading Africans to come to the U.S. of A. “You can dredge through all the antebellum fantasies kicked up to defend the peculiar institution and you will never find an image of slavery as lovely as this one,” Greil Marcus wrote of “Sail Away” in his classic book Mystery Train; Cocker retains the song’s beauty without losing sight of its irony.

Jack Lukeman – You Can Leave Your Hat On (Randy Newman cover)

In 2008, Irish musician Jack Lukeman released Burn On, a collection of Randy Newman covers that seems designed less to feature Lukeman than to celebrate Newman. That’s not a knock on Jack – he’s very good at putting across both the famous and the obscure of Newman’s catalog. His “You Can Leave Your Hat On” may not make you forget Joe Cocker’s cover, but that’s okay as long as it makes you remember Jack Lukeman’s. (To learn more, go to his website.)

By the time Made in America was released in late 1980, the Blues Brothers were winding up their first 15 minutes, and the album barely scraped into the top 50. Fifteen months later, Joliet Jake Blues, a.k.a. John Belushi, had passed away. Anyone who listened closely to his performance of “Guilty” could have seen it coming, but nobody was listening closely – today, the audience cheering the line “Got some cocaine from my friends” is a horrifying moment. Belushi puts his all into this wrenching performance – the upbeat R&B of “Soul Man” may be more fun to remember, but the piano blues of “Guilty” cuts much, much deeper.

Randy Newman’s work can be found on Amazon. His website is also worth a visit.

One Response to “They Say It’s Your Birthday: Randy Newman”