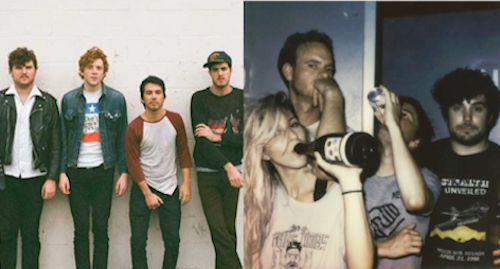 As a songwriter, Stephin Merritt doesn’t need any testaments to his prolificness or originality – the sheer scope of his sweeping, three-disc Magnetic Fields album, “69 Love Songs,” on top of the rest of his discography, is testament enough. And yet, other artists continuously remind us of the enormous scope and degree of his influence with covers from throughout his oeuvre. Recently, Bully and FIDLAR demonstrated this with a cheery take on “Absolutely Cuckoo,” the opener to the aforementioned triple-album.

While the original was by no means a throwaway, it’s the kind of song that might strike a listener as having been a bit of a novelty to Merritt. And although the cover maintains (and perhaps builds upon) a feel that the song might not be out of place amidst the mid-‘90s roster of Nickelodeon shows with a cast evenly split between humans, puppets, and people in giant amphibian costumes, there’s a genuinely beautiful earnestness that’s not to be missed. (What’s more, the video for the cover is full of adorable animals singing with human mouths. If that’s your thing, great; if not, please don’t let it distract from a wonderful little cover.)